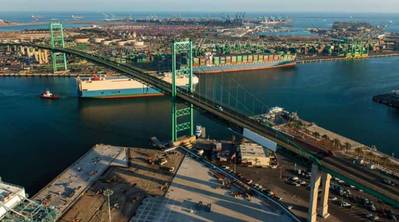 “It has been nearly a week since President Obama dispatched Labor Secretary Perez to the West Coast to help settle the protracted contract dispute between the ILWU and PMA. While the Secretary has said the meetings have been productive, we have yet to see a final deal.

“We understand the Secretary has given the parties a deadline to reach an agreement. If a deal is not reached today, we support the decision to move the negotiations to Washington and we call upon the president to personally engage in the discussions until an agreement is reached.

“The nation’s retailers and supply chain stakeholders cannot afford another week of uncertainty at the Pacific ports, where dozens upon dozens of ships and thousands of containers are held out at sea, and where hundreds of millions of dollars in consumer goods, inventory and merchandise sit idle.

“It is inconceivable that the parties are knowingly and willfully allowing the economy to be held hostage over a particular grievance, individual or issue. While the two sides debate a new contract, millions of American businesses and employers, large and small, and their employees are put at risk due to the impasse.

“The ILWU and PMA need to reach a final agreement today.”