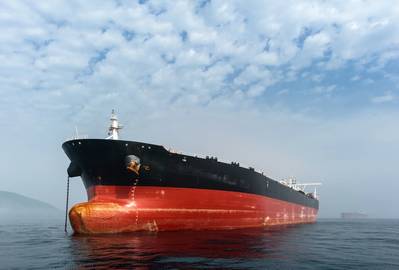 The Trump administration on Thursday renewed a waiver for companies to wind down transactions with the Dalian unit of a Chinese tanker company on which it had imposed sanctions in September for allegedly transporting Iranian oil.

The waiver, good until Feb. 4, 2020, allows activities and transactions "ordinarily incident and necessary to the maintenance or wind down of transactions" including offloading of non-Iranian crude oil involving COSCO's Dalian Shipping Tanker Co, the U.S. Treasury Department said in a release.

The Trump administration reimposed sanctions on Iran's oil exports last year after unilaterally withdrawing from a 2015 deal on Iran's nuclear program that the United States agreed with Tehran and other world powers.

The Trump administration has sought to cut Iran's crude exports to zero, but China has been a stubborn customer of oil from the OPEC member. Seeking to force China to reduce the purchases, the Treasury Department slapped sanctions in late September on four Chinese shipping companies, including COSCO's Dalian tanker unit.

Concerns about the sanctions caused a spike in shipping rates for oil and liquefied natural gas, pushing the Treasury Department to issue the first two-month waiver in October. The waivers apply to COSCO Shipping Tanker (Dalian) or any entity owned 50% or more by the company.