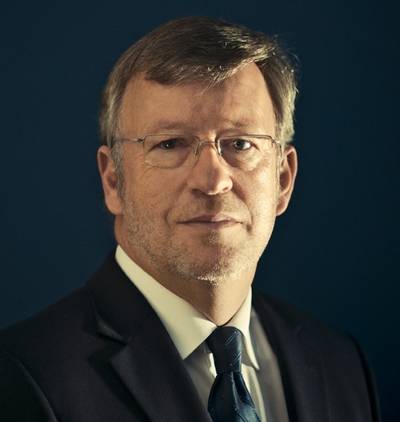 Knud Sörensen is being seen off into retirement (Photo: Port of Kiel)

Knud Sörensen (63), the Marketing Director of the Port of Kiel (SEEHAFEN KIEL GmbH & Co. KG) and Managing Director of Kombi Port GmbH is being seen off into retirement today at a reception in his honor in Kiel’s traditional Eckmannspeicher.
“Knud Sörensen has been active in our concern and well known on the north German port landscape for 32 years. He was instrumental in settling SCA and Iggesund Paperboard in Kiel’s Ostuferhafen” recalled Dr Dirk Claus, Managing Director of the PORT OF KIEL, in a speech honouring the outgoing Marketing Director. Knud Sörensen was also behind the positive development of intermodal traffic and the creation of block train connections with northern Italy.
Commented Dirk Claus: “Together with our partners at the Schwedenkai Terminal we have succeeded in switching a big part of the growth in seaport hinterland traffic from road to rail.” For the first time ever, more than 30,000 consignments will be loaded onto the railways in Kiel this year. Sörensen’s successor as Markeing Director from January 1st 2018 will be Dr Timo Rosenberg. He has been with the company since 2013 as Head of Corporate Development.
Knud Sörensen, a trained shipping company and shipping business administrator, started his career in 1971 at Sartori & Berger. That was followed by service in the German Navy and positions with the H. Klinck shipping agency and timber import company and with Zerssen on the Kiel Canal as well as in agency work with the former Langeland-Kiel-Linjen. In 1985 Knud Sörensen joined HVB (the Hafen-und Verkehrsbetriebe) in the Schleswig-Holstein capital, which in 1996 became the PORT OF KIEL. To begin with he was active as a customer adviser with the railways but soon took on additional assignments in the intermodal sector. He was a member of the concern’s Marketing Department since 1987 and became its Deputy Head in 1992. In 2005 he was also granted power of attorney as procurist for the associate company Kombi Port GmbH and became its Managing Director in 2011. In 2012 Knud Sörensen took over and was granted power of attorney for the Marketing Department of the SEEHAFEN KIEL.
• Dirk Claus • German Navy • Kiel Canal