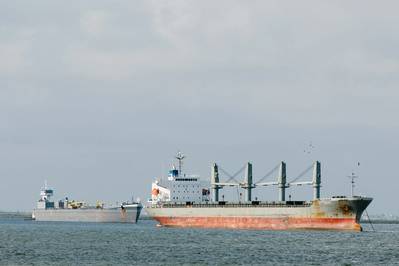 Galveston Wharves at Port of Galveston and Stabilis Solutions Inc. have entered into a memorandum of understanding (MOU) to facilitate the use of liquefied natural gas (LNG) as a marine fuel at the port.

Under the terms of the MOU, the port and Stabilis will work together to provide turnkey LNG fueling solutions to marine vessels calling on the port, including identifying suitable dock space for shore-to-ship fueling operations, obtaining the necessary permits and approvals, identifying and educating potential customers, and executing LNG fueling events. Stabilis will deploy its existing fleet of mobile cryogenic assets, including LNG transportation and distribution equipment, and provide LNG from its liquefaction facilities in Texas and Louisiana to support LNG fueling operations. LNG bunkering services are expected to be available in 2021.

Jim Reddinger, President and CEO of Stabilis, said, “The use of LNG as a marine fuel is critical for marine operators to reduce their emissions profile, and Stabilis is building a North American network of LNG bunkering locations to provide this critical service to our marine customers. The Port of Galveston is the second LNG marine fueling location (along with the Port of Corpus Christi) that Stabilis will operate on the Gulf Coast.”

The number of LNG-powered vessels in the world fleet is growing rapidly as LNG fuel benefits marine customers in both efficiency and emissions reductions compared to conventional marine fuels. According to DNV, demand for LNG as a marine fuel is projected to grow from approximately 1 million tons per annum (mtpa) in 2020 to nearly 4 mtpa by 2024, a compound annual growth rate of over 30%.