Petersen Lubow to be Inducted into USMMA Hall of Fame 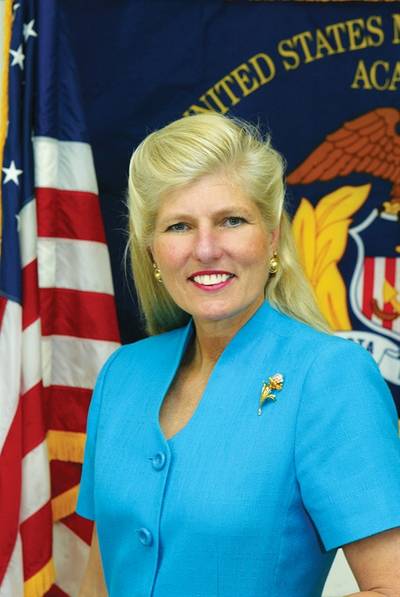 Petersen Lubow is one of the most accomplished administrators in the history of the U.S. Merchant Marine Academy. She stepped down from her Athletic Director position this past March after 25 years in the position. Her appointment in 1989 marked the first female held position of Director of Athletics among all U.S. Federal Academies.

During her time in office, she expanded Kings Point Athletics to over 20 teams. Additionally, she assisted in the development of the Blue & Gray Club, Athletic Hall of Fame, Blue & Gray Golf Classics and received numerous awards.

He continued, “It is only fitting that a person like this have her own induction ceremony. She has had an extraordinary career at the Academy and has seen so many changes over the years while continuing to build a strong athletic program. It is becoming increasingly rare to have someone hold such an important position for so long at such a high performance level. I can’t think of anyone more deserving of this honor than Sue.”