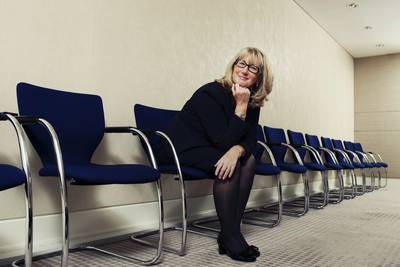 The body responsible for the offshore oil and gas industry’s voluntary pollution compensation scheme has announced two appointments to its executive team.

Craw succeeds Niall Scott as managing director, who has held the post since 2011. Scott will step down at the end of December after completing his handover.

All offshore operators currently active in exploration and production on the UKCS are party to the voluntary oil pollution compensation scheme known as OPOL, which came into effect in 1975. It is accepted as part of the committed response of the oil industry in dealing with compensation claims should they arise from offshore oil pollution incidents from exploration and production facilities. OPOL limits of liability have been increased over the intervening years to the current $250 million per incident.

Craw has previously served on OPOL’s board and is a consultant to international law firm CMS Cameron McKenna. She was formerly general counsel of Fairfield Energy Limited, an independent UK oil and gas exploration and production company based in Aberdeen and London. She has 25 years of experience working with major oil and gas companies including Shell and Talisman Energy. She is vice chair and a non-executive director of Scottish Ballet, chair and trustee of Aberdeen University Pension Scheme and a director of LOGIC.

Wannell spent the first part of his career as an insurance professional holding senior positions in BP’s insurance department. He was called to the Bar in 2001 (Inner Temple) and practised as an employed barrister working in BP’s legal department where he specialized in international trade law. He retired from his position in BP’s legal department as managing counsel oil trading and regulation (Europe) in January 2016. Mr Wannell was BP’s nominated director of OPOL for more than 20 years. He was elected to serve as chairman in 2008, a position he held until his retirement from BP. Since then, he has continued to serve OPOL in the capacity of an independent chair at the invitation of the board. Wannell continues to practice law as a consultant providing legal services to commodity trading houses. He is also a director of a Guernsey based risk management services provider (Thorndon Holdings Limited).