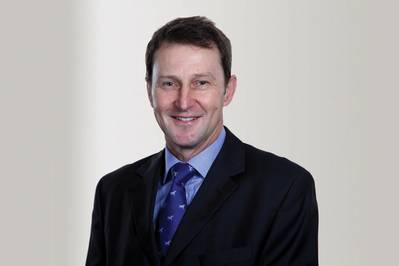 Alan Olivier, the new Chairman and President of the UK P&I Club

Alan Olivier was elected Chairman and President of the UK P&I Club at their board meeting in Bermuda on October 28. He succeeds Dino Caroussis who has retired from the board.

Mr. Olivier, 53, Chief Executive Officer of Grindrod Limited, became a Director of the UK Club in 2000 and a Deputy Chairman in 2006. Mr. Caroussis, 61, of Chios Navigation, had been the Club’s Chairman for the past five years, having joined the board in 1996 in the shipping division. He held senior treasury and financial positions before his appointment as chief executive of Unicorn Shipping in 1995. He was appointed to the Grindrod Limited board in May 1999, where he is now chief executive. Alan is a director of local and international subsidiary companies, including Grindrod Bank Limited.

Sheikh Talal Al Khalid Al Sabah is the Chief Executive Officer of Kuwait Oil Tanker Company in Kuwait. He joined Kuwait Oil Company in 1983 after graduating in business administration and gained his MBA in 1986. He was formerly Managing Director of Petroleum Services at Kuwait Petroleum Corporation, and Chairman of the Oil Sector Services Company.

Angela Chao is Deputy Chairman of Foremost Group, New York with a particular professional focus on finance, chartering and ship management. After graduating in economics from Harvard, where she is now on the Harvard Business School Board of Dean’s Advisors, Ms. Chao pursued an investment banking career with Smith & Barney before joining Foremost Group in as Vice President for ship operations and ship management in 2001.

Michael Fostiropoulos joined Fairsky in 2001 after gaining a post-graduate degree in Shipping Trade and Finance from the Cass Business School in London. After a period of national service with the Greek army, he became chief executive officer in 2005. In 2009 he established Almi Tankers together with his brothers John & Alexander.

Polys Hajioannou is chairman and chief executive of Safe Bulkers Inc., but began his shipping career in 1987 with Alassia Steamship. A nautical studies graduate he was elected to the board of the Union of Greek Shipowners in 2006 where he served until 2009. He is also a founding member of the Cyprus Union of Shipowners and a member of the Lloyds Register Hellenic Advisory Committee.

After graduating in law from University of Paris X Nanterre and the French Business School of Rouen (ESC), Edouard Louis-Dreyfus’ early career was as a trader for Texaco. After a period trading for Louis Dreyfus’ London group he began his maritime career in 2004. A member of Louis Dreyfus Armateur’s Executive Committee he was appointed vice-president in 2009 and CEO in 2010.

Paul Wogan is the chief executive of GasLog, a Monaco-based owner and operator of liquefied natural gas ships and part of the Peter Livanos Group. Mr. Wogan has previously served as a director of UK P&I Club from October 2006 to February 2008 when chief executive of Teekay.

A graduate in chemical engineering, Riad Zein gained a postgraduate degree in Integrated Chemical Plant Design. He worked briefly in the Kuwaiti petrochemical industry before joining Naftomar Shipping and Trading in 1984 where he is President and Chief Executive Officer.

COVID-19: Your LMS Can Help You Now More Than Ever