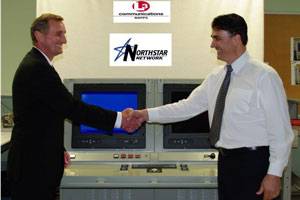 Northstar Network Ltd. (Northstar) announced that it has been awarded an add-on to the $2.6m contract awarded by L-3 Communications MAPPS Inc. (L-3 MAPPS) to build consoles for land-based trainers for the Halifax Class of ships.  The original contract, awarded in March, 2009, was to manufacture 66 Standard Marine Consoles and 60 Local Operating Panels as part of its Integrated Platform Management System (IPMS).  These simulators will form part of the land based training equipment that will be utilized to train the navy staff in the proper operation of the (IPMS) Consoles that Northstar will be providing to L-3 MAPPS.

L-3 MAPPS’ IPMS provides an advanced ship control and monitoring capability for the Frigates’ ship platform systems, including propulsion, electrics, auxiliaries, and steering.  It also provides advanced functionality with a damage control system, an on-board training system, CCTV integration and an interface with the ship’s new combat management system.  The simulator console addition to Northstar’s IPMS contract will see them designing and manufacturing the  MCRT East along with the BDCST East and West Simulators.

The Halifax Class frigate is a class of multi-role patrol frigates that have served the Canadian Forces since 1992. The HMCS Halifax was the first of twelve Canadian-designed and built vessels, which combine traditional anti-submarine capabilities with systems to manage surface and air threats. In 2007, the Canadian government announced a planned refit of the Halifax Class known as the Halifax Class Modernization program.