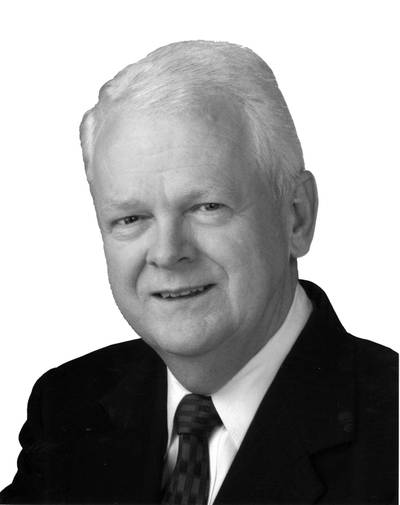 On 1 August 2012, enforcement of the North American Emissions Control Area (ECA) is due to commence.  This third and largest ECA (the other two encompass the North Sea and the Baltic Sea areas) was first proposed by Canada and the United States on 27 March 2009.  France quickly joined in on behalf of Saint Pierre and Miquelon, its territory off the Atlantic coast of Canada.  The proposal was approved by the IMO on 26 March 2010 by means of an amendment to Annex VI (Regulations for Prevention of Air Pollution from Ships) to the MARPOL Convention.  The North American ECA came into force on 1 August 2011, but included a one-year grace period to give the regulators and the regulated community time to adapt to the new requirements.  That grace period is rapidly coming to an end.

Coverage
The North American ECA covers virtually all coastal waters of the two nations out to 200 nautical miles off their coasts, in accordance with provisions of Annex VI to the MARPOL Convention.  Within an ECA, ships of 400 gross tonnage and above are required to reduce harmful air emissions by adopting one of three alternatives.  The ship may either:
(1) utilize fuel the sulphur content of which does not exceed 1.0% m/m;
(2) utilize an exhaust gas cleaning system approved by its flag Administration in accordance with IMO guidelines; or
(3) adopt any other technological method that is verifiable and enforceable and has been approved by its flag Administration in accordance with IMO guidelines (such as the use of LNG as fuel for propulsion).
Ships must also maintain detailed records regarding fuel change-overs, as well as retaining bunker delivery notes and bunker samples.
While the North American ECA is far-reaching, it does not include all coastal waters of the two nations.  For Canada, waters of the Canadian Arctic are omitted.  For the United States, omissions include the following: the US Pacific territories; the northwestern Hawaiian Islands (largely unpopulated); the Commonwealth of Puerto Rico; the US Virgin Islands; western Alaska (including Kodiak); the Aleutian Islands; and the US Arctic.  In its news release announcing the proposal, the EPA acknowledged that these omitted areas experience impacts from ship-generated air emissions, but stated that further information must be gathered to properly assess these areas and determine how ECA controls can help.  This will involve additional air quality and environmental impact studies.  A separate proposal would be submitted to the IMO if this analysis supports ECA designation under the criteria contained in MARPOL Annex VI.  Such a separate proposal has been made for an ECA covering waters off Puerto Rico and the US Virgin Islands.  The proposal has been approved by the IMO and the United States Caribbean Sea ECA is scheduled to come into effect for enforcement on 1 January 2014.  Possible future ECA proposals are under at least unofficial consideration for waters off Mexico and Japan, as well as the Mediterranean Sea.

Development
Assertions regarding potentially deleterious effects of air emissions from ships have been heard for years.  At the same time, the maritime industry rightly points out that ships are the least ecologically harmful mode of transportation.  Internationally, the issue rose to the top of the political agenda with adoption of the Protocol of 1997 to amend the International Convention for the Prevention of Pollution from Ships (MARPOL Convention).  This Protocol consisted of the Regulations for the Prevention of Air Pollution from Ships (commonly referred to as MARPOL Annex VI) and the NOx Technical Code.
After several years of indecision and debate, the United States Senate gave its advice and consent to the Protocol on April 7, 2006 and, on July 21, 2008, Congress enacted the Maritime Pollution Prevention Act of 2008 to implement MARPOL Annex VI domestically.  The statute, which amends the Act to Prevent Pollution from Ships (APPS), divides responsibilities and enforcement authorities between the Environmental Protection Agency (EPA) and the US Coast Guard.  The legislation does not designate which agency is in charge of the ECA program, but does state that the Annex VI requirements apply to a ship that is bound for, or departing from, a port, shipyard, offshore terminal, or the internal waters of the United States, and is in (among other places) “an emission control area designated pursuant to section 4 [of APPS].”
On 30 April 2010, the EPA promulgated a final rule addressing control of NOx, SOx, and PM emissions from marine engines and vessels subject to the MARPOL Protocol (Annex VI).  It largely incorporates into the US regulatory scheme the requirements of Annex VI, including the ECA provisions.  The major exception in the final rule is that vessels operating exclusively on the Great Lakes are exempt from MARPOL Annex VI, at least through 1 January 2015.  Subsequently, the EPA issued a direct final rule permitting the use, through 31 December 2025, of residual fuel in Great Lakes steamships that have been repowered with certified Tier 2 or later marine diesel engines.
In 2011, the EPA and the US Coast Guard entered into a memorandum of understanding (MOU) regarding enforcement of MARPOL Annex VI as implemented by the Act to Prevent Pollution from Ships (APPS).  The MOU recognizes the EPA expertise in development of protocols for, among other things, inspection of engines and review of and retention of documents.  It also recognizes the expertise of the Coast Guard in ship and facility examination and investigation.  The Coast Guard will take the lead on ship and facility inspections and will handle ship detention issues.  Enforcement of fuel oil availability and quality issues will be shared, except that the Coast Guard will be the point of contact for foreign governments through its Port State Control (PSC) program.  The MOU envisions extensive and continuing sharing of information and coordination between the two agencies regarding the maritime air emissions program.

California
Striking out on its own, the State of California instituted a program to extensively regulate air emissions from ships. A ship owner association challenged regulations promulgated by the California Air Resources Board (CARB) requiring oceangoing vessels entering or departing California ports to utilize low sulfur fuel in their diesel engines out to a distance of 24 nautical miles from the California coast, the Vessel Fuel Rules.  In a 2011 ruling denying the association’s motion for summary judgment (and effectively upholding the regulations), the US Court of Appeals for the Ninth Circuit found that the state regulation did not directly conflict with any federal requirement.  The court took note that the IMO had recently approved the joint US-Canada application for the North American ECA.  In this regard, the court stated: “it is reasonable to predict that, once the heightened standards established by the ECA go into effect, the Vessel Fuel Rules will be terminated.”  One can certainly hope.

Impact
The North American ECA will have an inordinate impact on certain trades.  Currently, covered ships operating within an ECA may only use fuel oil with a sulfur content not exceeding 1.0% m/m.  From 1 January 2015, the sulfur content of such fuel oil may not exceed 0.1% m/m. Coastwise and inland shipping in the US and Canada will potentially incur the most added cost, as those ships will be continually within the ECA.  Foreign cruise ships operating out of US and Canadian ports argue that they deserve some dispensation as they, too, will spend a large percentage of their time underway within the ECA.  To date, the complaints of both trade groups have fallen on deaf ears among the regulatory authorities.
Due to the widespread use of low-sulfur diesel fuel in the United States and Canada, there should be few problems with availability of ECA-compliant marine diesel fuel.  The other issue for ship operators is that the ECA-compliant fuel must, in many instances, be obtained prior to sailing for a US or Canadian port.  After all, the obligation to utilize the low-sulfur oil will arise when the ship comes within 200 nautical miles of the US or Canada, and remains in effect until the ship is at least 200 nautical miles off the coast.  Numerous ships come to the US and Canada from ports all over the world.    It is unclear whether ECA-compliant fuel is readily available in all these ports.  Query whether ships will be required to carry ECA-compliant fuel at all times so as to be continually available to call in the US and Canada (or the North Sea or Baltic) in the event of a last-minute diversion.

Bunkers
Bunker suppliers in the US will be subject to MARPOL Annex VI, APPS, and the implementing EPA regulations.  Many of those US bunker suppliers have presumably been providing bunker delivery notes and bunker samples to requesting oceangoing ships for several years now.  In the absence of complaints from this industry segment, it appears that US (and Canadian) bunker suppliers are prepared for the 1 August enforcement date.
As evidenced by the strenuous efforts of the Singapore Maritime and Port Authority (MPA), maintaining the integrity of the bunker fuel supply system is not a cake-walk.  It will require constant vigilance.  Provision of bunker samples and bunker delivery notes is not rocket science, but full compliance with Annex VI involves a higher level of attention to detail than past practice.  It is expected that in the United States much of the detailed grunt work involved will be delegated to one or more private entities, but actual enforcement will remain with the EPA and the Coast Guard.

Summary
The North American ECA will have a broad impact.  It will require operational changes for many ships and changes in business practices for many companies.  Planning for bunkers and related products will have to be done further in advance.  New recordkeeping and other requirements will come into effect.  Care must be exercised when switching main diesel engines from regular bunkers to ECA-compliant fuel, and vice-versa.  The world becomes ever more complex.