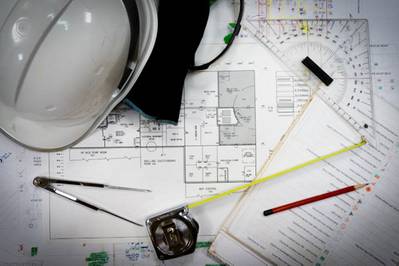 The results of a recent survey conducted by financial services company Bankrate, LLC show that naval architecture and marine engineering take the top spot as the most valuable college degrees in which to major.

A total of 162 degrees were covered in the company’s research. Drama and theater arts, on the other hand, were shown to be the least valuable degrees in terms of earning power after graduation. The survey revealed that the overall median income for those trained to build, design and maintain maritime vessels was $90,000 and that less than 2 percent of degree holders were unemployed. In comparison, the median income for all graduates with a bachelor’s degree was $55,000, with an unemployment rate of 2.8 percent being recorded. The Bankrate survey examined median incomes and unemployment rates for people based on their bachelor’s degree and also took into account how the number of people in each group who were qualified to a higher level, including those with master’s or doctoral degrees.

Engineering degrees took seven of the top 10 places in the Bankrate study and naval architecture and marine engineering achieved the top ranking based on the salaries that these graduates had the opportunity to earn and the ease of obtaining employment. Nuclear engineering was recognized as the second-most valuable degree discipline with pharmaceutical sciences and administration, genetics and electrical engineering following close behind, unemployment rates for these graduates ranging from as little as 1.2 percent to 2.7 percent and median incomes of at least $85,000 being achieved.

The Bankrate survey results should come as no suprise: According to the Bureau of Labor Statistics, the naval architecture and marine engineering field is growing faster than the average for all occupations largely because of the demand for environmentally friendly ships and systems to transport energy products, such as liquefied natural gas. In addition, science, technology, engineering and mathematics (STEM) fields overall are expected to provide more job opportunities and offer higher salaries than average in coming years, U.S. government research has shown.
The survery report, however, warned that people should not choose their college major solely based on income, unemployment rate and the amount of schooling required and that students and their families have to decide what is best for them. It may be wise to consider entering industries with lower pay and higher unemployment rates even though this might require additional work to be a competitive candidate and achieve certain financial milestones. (Source: Bankrate)

(A note on methodology: To determine the most valuable degrees, Bankrate considered the most recent data available from the U.S. Census Bureau American Community Survey. The 2017 data was obtained through th  IPUMS-USA, University of Minnesota research program and Bankrate used weighted data to analyze what bachelor’s degree holders who were either employed or unemployed entered as their first major and income for the past 12 months for degree-holders in sectorswith labor forces of at least 15,000 people. The number of college graduates with higher degrees were also taken into consideration. Bankrate examined three factors: median income (70%), unemployment rate (20%) and the percentage of people with an advanced degree (10%) and the final income data and labor force data was rounded to the nearest hundred.)