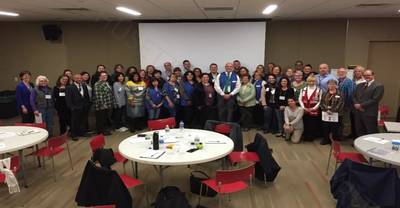 The Massachusetts Port Authority (Massport) picked its port director, Lisa Wieland, to be its next Chief Executive Officer(CEO), bypassing the other finalist, a member of the city's power elite, for one of the most influential public-sector jobs in the state.

Board of Directors voted to offer Wieland the position of CEO and Executive Director for a five-year term. Contract negotiations will occur at a later date.

The search firm Isaacson, Miller sought a diverse candidate pool for the position and more than 100 applications were received. Members of the Board’s Preliminary Screening Committee interviewed 10 semifinalists, of which five were women and three were people of color. The Committee advanced Brian Golden and Lisa Wieland as finalists at a public meeting on June 20.

Wieland is currently the Port Director at Massport, and has held this position since 2015. In this role, she has led the Maritime business areas toward success with increased port revenues, advancement of critical infrastructure projects such as the Boston Harbor Dredging Project, and set all-time records for container volume at Conley Container Terminal and passengers and ships at Flynn Boston Cruiseport.

She is one of three women currently serving on the U.S. Department of Transportation Maritime System National Advisory Committee, a federal committee that advises the U.S. DOT on issues related to the marine transportation system.

“After a thorough and extensive search process, we are pleased to announce Lisa Wieland was chosen by the Board to serve as the next CEO of Massport,” said Board Chairman Lew Evangelidis.

“Throughout her tenure at Massport, she has shown tremendous leadership especially in her role as Port Director. The Board is confident her diverse career experience, expertise and acumen make her the most qualified and right person for the job. Lisa will hit the ground running on day one in her new role, advancing the great momentum, upward trajectory and many important projects in the pipeline at Massport. We are excited for Lisa to take on this new challenge,” Lew added.

Prior to this, she had been Massport’s Chief Administrative Officer for Maritime from 2013-2015. Wieland has been at Massport since 2006, serving in other senior roles including the Director of Corporate Planning and Analysis, and the Director of Human Resource Strategy and Employment.

This past January, the Greater Boston Chamber of Commerce honored Wieland, among seven other women, with a Pinnacle Award for her achievement in the workplace, demonstrated leadership that has made a difference and a commitment to enhancing the quality of life in the region.

She is a graduate of University of California, Los Angeles. She received a master’s degree in business administration from Harvard Business School.