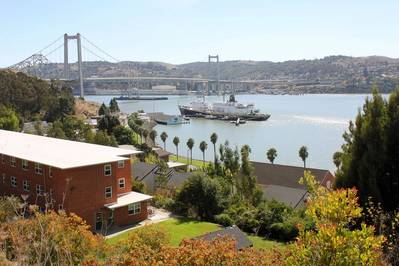 Among 1,400 four-year colleges and universities across the U.S., Cal Maritime ranks seventh based on student earnings 10 years after enrollment, according to a study conducted by Georgetown University Center on Education and the Workforce.
The study was based on the U.S. Department of Education College Scorecard released earlier this year and designed to help future students choose the right university based on their interests and to get an idea of how much debt they may accrue during their college career.
The data used to compile the study, which reflected earnings in 2011 and 2012 for students who entered college in 2001 and 2002 found that Cal Maritime students who started college in 2002 had median earnings of $81,000 annually in 2012, ranking the academy first in the state of California.
• Cal Maritime • California • United States