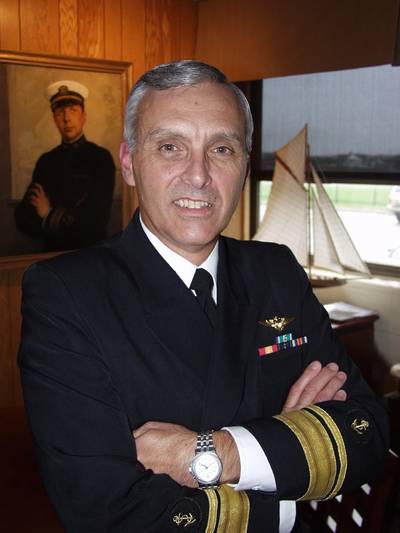 Rear Admiral Richard Gurnon, USMS, is the President of the Massachusetts Maritime Academy.

Will the American University System Follow in the Wake of our Merchant Fleet?

Everyone who came to America knew that the most reliable path to financial success and status was hard work and higher education. That formula even worked for those born here. The rush to higher education started in 1947 when the GI Bill sent millions of Americans to college. In fact, for years, almost half of all those entering college were veterans (note: Merchant Mariners were not included in that benefit.) Higher education was seen by the public as both affordable and valuable. Within five years, the percentage of Americans with a bachelor’s degree doubled and it has been climbing ever since; spurring much of the economic activity and many of the technological advances that vaulted America to a position atop the world. Now the pace has slowed and we are losing that competitive race toward a highly educated, technologically adept society.

Today, the national news is filled with discussions about the detail that student loan debt has surpassed total credit card debt in America. This has spurred a broader discussion about whether college is even worth the investment given that 50% of last year’s graduating class is either unemployed or underemployed with the Class of 2012 just now hitting the streets. There is certainly much to be concerned about as our economy struggles to recover but cutting back on our investment in college education, both the financial and the human investment, is absolutely the wrong direction for this country. If we are not careful, our exemplary higher education system will fall from global prominence in much the same way as our merchant fleet slipped from its position as first in the world.

Already America no longer has the highest percentage of young citizens (25-34 year olds) with a college degree (we are in 11th place, behind Korea, Japan, Norway, Ireland, Sweden and others). In fact, the United States is one of very few countries where the older generation has a higher level of educational attainment than the younger. Although we still are the number one host country for international students, our market share of those bright foreigners has dropped from 23% to 18% in just the last few years. Anyone in business can tell you that’s not a good sign. Of more concern is the declining number of Americans who pursue a degree in science, technology, engineering or math; the so called STEM subjects. Only 16% of our college students are in STEM fields while our international competitors are producing many more science and engineering degrees (55% of the degrees awarded in Singapore are STEM). Another fact: almost half of the science and engineering degrees awarded in American universities go to international students who are here on F-1 visas … and often these students are required to return to their own country upon graduation - even if they want to stay and make their fortunes here. Contrast these depressing data points with a small, but bright light.

Each of the six American state maritime colleges is enjoying the largest enrollment in their history and long wait lists are common for those wishing to enroll. Costs to attend are low, graduation rates are high and the school’s reputations are excellent. Top graduates from these colleges can earn enough in their first year or two out of school to repay all of their student loans. Plus, American maritime colleges despite their diversified course offerings all have STEM heavy curricula. The program of study at all six maritime colleges is centered on three pillars:

They represent an educational model that is an unquestioned success. In fact, the Chinese, who supply the largest number of international students to the world, are desperate to copy the American maritime education model and have been sending students and faculty to our maritime academies in increasing numbers. Massachusetts Maritime Academy (MMA) began a student exchange program with Shanghai Maritime University (SMU) in the late winter of 2009 with a group of ten SMU cadets (five Marine Transportation and five International Maritime Business majors).

After the first group of SMU cadets had been here for two weeks, my Academic Dean asked me to meet with the faculty who were assigned to teach classes where the Chinese students were interspersed with American cadets. The faculty was concerned that the Chinese were in over their heads and doomed to fail. The Chinese sat in class, didn’t respond to questions, took notes and didn’t participate in the classroom process. The faculty was sure that they were unable to process the complicated information presented at a rapid pace in heavily New England-accented English. The faculty recommended we switch the grading to pass/fail for Chinese students or abandon the project. We pressed on.

At the end of the semester, although the Chinese cadets were in a new country with a different culture, learning challenging college-level technical subjects in a new language, they ranked in the top five spots in almost every class they were in, besting their American counterparts in such subjects as Stability and Trim, Dangerous Liquid Cargo, Principles of Finance, Port/Terminal Operations, Vessel Chartering, and Business Law.

We in America need to take a lesson from the Chinese and relearn the “hard work and higher education equals success” lesson or we will certainly suffer the consequences. One answer to our declining place in the world of higher education may well be more choices modeled after our own maritime colleges: an emphasis on STEM subjects, teamwork/leadership training, and months of practical applications to reinforce skills. It may be ironic that the antidote to the sickness sweeping our educational system might come from a moribund maritime industry but if we don't do something quickly, the Chinese will be the first of many countries that surpass the US in higher education opportunities and national success.

Rear Admiral Richard Gurnon, USMS, is the President of the Massachusetts Maritime Academy. Massachusetts Maritime Academy has been training business leaders, ship captains, engineers, and professional officers in the 19th, 20th, and now the 21st century. A 1970 graduate of the United States Naval Academy, Gurnon flew the multi-engine P-3 Orion anti-submarine aircraft throughout the Atlantic and Mediterranean. He was a plane commander, mission commander and instructor pilot for Patrol Squadron 26 in Brunswick Maine and Patrol Squadron 92 in Weymouth, Massachusetts. In 1981 he earned a Master’s Degree from Bridgewater State College.