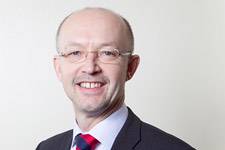 Statoil, along with partners Eni Norway and Petoro, has made a significant oil discovery on the Skrugard prospect in the Barents Sea. The breakthrough discovery is one of the most important finds on the Norwegian continental shelf in the last decade.

Statoil and its partners are in the process of concluding drilling operations on the Skrugard prospect, which is located approximately 100 kilometres north of the Snøhvit gas field in the Barents Sea.

The well was drilled with the Polar Pioneer rig, and has proven gas column of 33 metres and an oil column of 90 metres. The oil is anticipated to be easily producible.

The estimated volume of the discovery is between 150–250 million recoverable barrels of oil equivalent (boe), while Statoil sees opportunities for further upside in the license of up to 250 million barrels – for a potential total of 500 million boe.

“The Skrugard find is significant and a break-through for frontier exploration in the Barents Sea. This opens a new oil province that can provide additional resource growth,” says Tim Dodson, executive vice president for Exploration in Statoil.

He emphasises that it is too early to say something concrete about the total potential of the area, but ventures to characterise the Skrugard find as the most important exploration event on the Norwegian continental shelf in the last decade. The discovery is vital in order to maintain the technology and technical environments in the oil and gas industry in Norway in the future.

Statoil has plans for both the drilling of a new prospect in the same license next year, and a possible appraisal drilling at Skrugard.

The Skrugard prospect was Statoil's first priority in the 20th licensing round on the Norwegian continental shelf, which was awarded in April 2009. Over the course of the spring the Norwegian government will allocate acreage in the 21st licensing round. Acreage in areas nearby Skrugard is expected to be assigned during the round.

Drilling operations have been conducted in a safe, efficient and environmentally friendly manner. Several core samples have been taken in order to understand reservoir properties, and some data collection in the well still remains.

In total there have been over 80 wells drilled in the southern Barents Sea, and Statoil has been the operator for more than 60 of these. The Snøhvit gas field, which is operated by Statoil, is the only field centre established so far in the Barents Sea, while Eni's Goliat field is under development.

“The Barents Sea is large, and we can not say that we have cracked the code for the entire area yet. But we have confirmed that our exploration model is correct. This is a break-through, and an important step in understanding how the geology – and thus the hydrocarbon systems in the Barents Sea – works,” says Dodson.

“If the volume estimates are confirmed, then this discovery could provide a basis for an independent development. Given that it takes between five to 10 years from discovery to production, we are planning for the future now. Our ambition is to put this find into production as quickly as possible,” he adds.