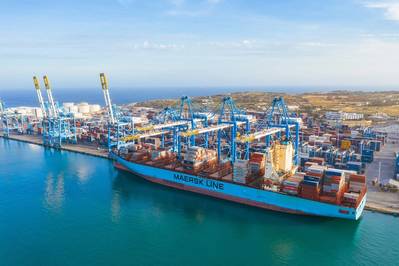 Maersk since 2016 has sold its oil and gas business and focussed on its container and logistics business for customers including Walmart and Nike.

It handles about one in five containers shipped by sea worldwide and is seeking to speed up investments in in-land logistics services.

"KGH is another building block for us towards becoming a global integrator," Vincent Clerc, Maersk's chief commercial officer, said in an interview.

Maersk is under pressure from investors to speed up its transformation from a conglomerate. Although its share price has risen by two-thirds since March, it is still one-third below a peak three years ago.

"Developing these customs solutions ourselves would either take too much time or be too risky," said Clerc.

Maersk wants to offer its customers the possibility to book transportation, customs clearance and final delivery at once rather than booking with two or three different suppliers, Clerc said.

"This allows us to take ownership of the entire shipment and move it faster," he said.

The company said it will acquire KGH from private equity firm Bridgepoint Development Capital on a cash and debt-free basis and expects synergies in earnings before interest, tax, depreciation and amortisation to reach 50 million to 75 million crowns.

With the acquisition, Maersk will increase its presence in customs services to 22 European countries from 15 currently.

KGH has 775 employees and had revenue last year of $95 million.