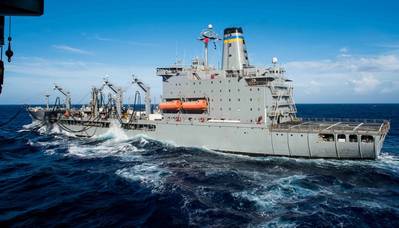 London's marine insurance market has extended the list of waters deemed high risk to include Oman, the United Arab Emirates and the Gulf after ship attacks off Fujairah, officials said on Friday, in a move that could push up premiums.

"The situation will be kept under close review," said the Joint War Committee, whose guidance influences decisions by underwriters on insurance premiums.

Four tankers, comprising Saudi Arabian, UAE and Norwegian-flagged ships, were attacked on Sunday off Fujairah. No one has claimed responsibility for the incident.

The attacks took place against a backdrop of U.S.-Iranian tension following Washington’s decision this month to try to cut Tehran's oil exports to zero and beef up its military presence in the Gulf in response to what it called Iranian threats.

Iran accuses Washington of stoking tensions and had denied it had any role in the attacks.

The Joint War Committee, made up of syndicate members from the Lloyd’s Market Association (LMA) and representatives from the London insurance company market, normally meets every quarter to review areas it considers high risk for merchant vessels and prone to war, terrorism, piracy and related perils.

The Joint War Committee, which met on Thursday after developments in the Middle East ahead of Friday's decision, also added adjacent waters around the Gulf of Oman to its high risk list. The last update to the list was in June 2018.

The UAE, Saudi Arabia and Norway have launched an investigation and have described the attacks as deliberate. They have not blamed anyone.

"Very little information is to hand about the explosions at Fujairah anchorage on May 12 and the circumstances and methods employed remain unclear," the Joint War Committee said in further comments.

"There is no doubt that considerable damage was done and there will be significant claims," it added.

A confidential Norwegian insurers' report seen by Reuters concluded that Iran's elite Revolutionary Guards were "highly likely" to have facilitated the attacks on the tankers.

Iran, which has a long-running regional rivalry with Saudi Arabia, has said the attacks on the tankers were a cause for concern and has called for an investigation.

"The enmity between Iran and Saudi Arabia continues to create tensions as the Saudis believe Iran is trying to control strategic waterways," the Joint War Committee said.

Iran said on Friday it could "easily" hit U.S. warships in the Gulf, the latest verbal broadside in the spat between Washington and Tehran.