Libya's Oil Output Down Sharply in 2018 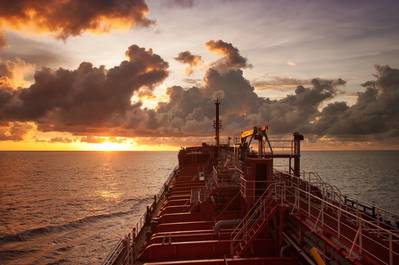 Libya's national oil production fell to 527,000 barrels per day (bpd) from a high of 1.28 million bpd in February following recent oil port closures, the head of the National Oil Corporation (NOC) said in a statement on Monday.

The NOC had not previously stated how high the country's production had climbed after partially recovering to more than 1 million bpd a year ago.

In the video statement dated July 8 the chairman of Tripoli-based NOC, Mustafa Sanalla, said the Feb. 23 closure of the El Feel oilfield due to protests led to the loss of 80,000 bpd, but output had subsequently remained around 1.1 million bpd.

Last month it dropped sharply when an armed attack against forces loyal to eastern-based commander Khalifa Haftar at the oil export ports of Ras Lanuf and Es Sider shut both terminals down.

After Haftar's Libyan National Army (LNA) repelled the attack a week later, it announced it would hand the ports and fields in the east to a parallel NOC.

Ras Lanuf and Es Sider have remained shut and tankers booked by the NOC in Tripoli, which is recognized internationally as the sole producer and seller of Libyan oil, have been unable to load.

"Our production today is 527,000 bpd. Tomorrow it will be less and the day after tomorrow less again. And we are going lower," Sanalla said.

The NOC had previously estimated the production loss from the stoppage at 850,000 bpd, or $67 million in daily revenue.