Ingram and Crounse: Towing History into the Present 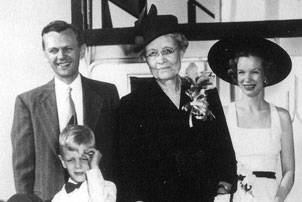 By Raina Clark, from MarineNews July 2010

If towboats and barges hurtled passed the average American on their way to work every morning, the industry would be better known. If commuters had to deal with failed locks the way they have to deal with congested freeways, political support for the river industry’s infrastructure would be easier to come by. Instead, towing vessels and their crews go about their work in relative obscurity. The general public sees towboats and barges as historic relics from Sam Clemens’ time and less so an integral part of the modern American economy. But towing vessels are far more than living history, as Craig Philip of Ingram Barge Company and Steve Little of Crounse Corporation can attest. Their companies’ histories may span more than half a century, but both men are involved in bringing the industry to the attention of modern day America.

The Ingram’s: Business Acumen & Acquisition
Ingram Barge Company (IBCO), today the largest carrier on the river by barge count, traces its heritage back to the 1800s, to Orrin H. Ingram who started with logging. In 1938, Orrin’s grandson, Hank Ingram, started a petroleum refining company when demand shot up due to the war. The Wood River Barge Company was created on the Illinois River, near St. Louis, to transport the product. 1946 is seen as the official beginning of IBCO, when the company split and Hank Ingram took the barge business. In the late 50s IBCO operated seven boats and 24 petroleum barges. That number continued to grow in the 70s. But during the 80s, a glut of new barges came on the market because of an ill-considered tax incentive to build. At the same time, President Carter embargoed grain shipments to the Soviet Union in response to its military occupation of Afghanistan. Supply ballooned, demand was slashed and it was a tough time for everyone in the barge business.
But with the market depressed and companies failing, IBCO pulled ahead and started acquiring fleets. First vessels from Ohio Barge Line, then American Barge and Towing, Oil Transport, Chotin Transportation, System Fules, Arthur Smith and Georgia Transportation. In the 90s IBCO went on to acquire M/G Transport Company and Occidental Chemical Corporation. In 2002, IBCO acquired Midland Enterprises which included The Ohio River Company and Orgulf Transport. Today IBCO has about 4000 barges and 40 boats.
“We’ve become the largest carrier mostly through acquisition,” said Craig Philip, current President and CEO at IBCO. “The last large acquisition we made was of Riverway Company in the spring of 2005. In 2007 we entered into an agreement with Trinity Industries, the largest builder of inland barges, and signed a 10-yr agreement — which we’ve extended to 11 yrs — to build barges for us over that period.”
“I believe it will be acknowledges as the largest new construction project between a barge owner and a barge builder in our industry,” Philip said.

Craig Philip at the Helm
Craig Philip became President and CEO of Ingram Barge Company (IBCO), in 1999. He joined IBCO in 1982, moving over from the rail industry after working for companies such as Conrail and Southern Pacific Railroad.
“Railroads are absolutely gigantic industrial enterprises in this country. In terms of size and scale, I’d call the barge industry much more intimate,” Philip said. “Our whole industry is dwarfed in size by each of the individual class I railroads today.”
But Philip has become a strong advocate for the inland waterways industry. He has served as chairman of the American Waterways Operators, the National Waterways Conference and was involved in forming the Waterways Council. Currently he serves as chairman of the National Waterways Foundation.
“As one of the large companies in the industry,” he said, “I feel it’s part of our obligation to provide leadership to the industry overall.”
The industry, he said, “is arguably the most sustainable mode of freight transportation with the smallest carbon footprint .... There’s a lot of history in the industry. The people that populate it are a fascinating bunch. In some respects the work is a bit like it was in Huck Finn and Tom Sawyer's time.”
Commenting on the current economic picture, Philip said, “It’s still a very difficult economic period, but I think the industry is relatively healthy and if you were to compare it to the situation with some of the blue water markets, where there continue to be a tremendous number of new ships being built, we’re probably in a better place than the container ship industry or the bulk shipping industry.”

Crounse Corporation: Risks & Conservative Approaches
Compared to Ingram’s network of family history and diverse businesses, Crounse Corporation is a straight shot from George P. Crounse Sr. George Crounse worked for towing companies, the Tennesse Valley Authority and served in the Navy during WWII before he struck out on his own to build a better mouse trap — or in this case, a better towboat. The new boat he envisioned was a propeller driven diesel towboat, as opposed to the sternwheel diesel towboats used at the towing company he worked for after the Navy. While employed with the towing company, Crounse had worked with St. Louis Shipbuilding to build such a boat, but when the design was finally finished, the company didn’t order the vessel. In 1948 Crounse put down a large chunk of his own money, and took out an even larger loan, and had the boat built himself. His first vessel, the M/V Alice, a single-screw, 500 hp pushboat, named after his aunt, was delivered by St. Louis Shipbuilding the next year. Beyond valuing a better and more efficient boat, Crounse valued Paducah, Kentucky as ideally situated at the confluence of the Tennesee and Ohio Rivers.
“I had learned earlier that the Tennessee is a side street and that the Ohio and Mississippi are the main highways,” Crounse once wrote.
George Crounse ran his one-boat business from his home, chartering other boats when needed. The following year Crounse won a contract from his former employer, the Tennessee Valley Authority, and so the Alice and Crounse’s second boat, the M/V Louise, began the company’s long history of transporting coal. By the end of the 70s Crounse Corporation had a fleet of 28 towboats and 430 barges. Crounse was also known as a good man to work for. He endorsed unionization in 1955 and created the first company-union pension plan. He also instituted a 21-days-on/21-days-off schedule, as opposed to the 30-day shifts that are still common in the industry today.
But the 80s came for Crounse Corporation too, and besides the lowered demand for barges caused by the building glut and the Soviet grain embargo, Crounse had to deal with the national coal strike of 1981.
“We saw a lot of companies going out of business in the 1980s, a lot of consolidations in the industry,” said the Steve Little, the current President and CEO at Crounse Corporation. “Mr. Crounse always had a conservative approach to operating his business. He was a product of the depression and he was very frugal with his money. We did not go out and acquire any companies at that time, but we were conservatively managed enough that we were able to withstand the down-turn.”
“That also provided us with the opportunity to continue to invest in the company. We were able to continue to build barges. We got better prices from the shipyards and we were able to slightly increase the size of our fleet and maintain the young age of our fleet in the 80s.”
By the end of the 90s Crounse Corporation had 25 boats and 732 barges, including five new 3,600 hp twin-screw towboats, which were twice as powerful as the boats in Crounse’s fleet at the time. The newest addition to Crounse’s fleet was delivered April 2010, the last in a series of five new 140-ft 4,000 hp, twin-screw towboats, built by Eastern Shipbuilding Group. Today Crounse’s fleet consists of about 35 boats and 1000 barges

Steve Little at the Helm
In 2007, Steve Little moved the company into its new corporate headquarters, a multi-million dollar LEED certified building, still located in the Paducah hub that George Crounse so coveted. The inland waterways are such an integral part of Paducah that the city changed the name of the street on which Crounse built its new headquarters from Second Street to Marine Way at Crounse’s request.
Little also serves as Chairman of the Inland Waterways Users Board. “I have been very involved, along with other leaders in the industry, in trying to come up with a better business model for building locks on the navigation system,” Little said referring to the work the users board has done with the U.S. Corps of Engineers on a proposed strategic capital plan for the agency. As if addressing government inefficiencies in infrastructure improvement projects isn’t a big enough challenge, the industry also has to try to describe this effort to the public in a succinct and understandable way. Little uses the analogy of building a house.
“If you set out to build a house and you had an estimate and knew it should take a year to do it, you’d go out and secure the money and have it done in a year. Unfortunately, the way the infrastructure projects are being built, with the Corps of Engineers and Congress involved, we’re starting these projects, but instead of efficiently funding each project and finishing it, we’re dragging it out so that it takes much longer. And when it takes much longer it costs much more to build.”
“It’s not just a river industry issue,” Little said, “it’s an issue for the utilities and the grain farmers and petroleum producers and everybody who’s using the system.”
“We’re great at starting projects as a nation, but we’re not so great at finishing them. By prioritizing this work we make sure the money is there to finish them and then move down the list to the next project.”
“We’ve been meeting with House and Senate members and we’ve had a very favorable response from both parties,” said Little. “Now our effort as an industry is to have the plan included as part of the Water Resources Development Act (WRDA) of 2010. We were very encouraged by the responses we’ve received from over 200 organizations and companies that support our plan.”
Comparing the 80s barging market depression to today, Little said “the downturns are different, but the same conservative philosophy has served us in the recent recession. [Crounse is] still conservatively managed. We still have continued to build new barges every year and are able to ride out the current recession much as we were in the 80s.”
“We see some increase in export coal,” he said, “which is encouraging and we’re hopeful that the economy will turn around so we’ll later on see an improvement in the domestic utility side.”