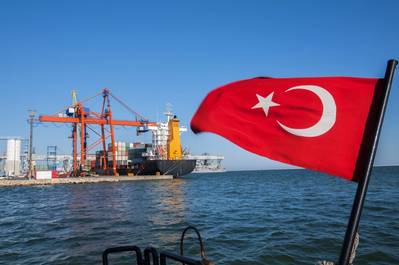 The European Union will impose tariffs from Friday on hot-rolled iron and steel products from Turkey based on an ongoing investigation into dumping.

The duties will range from 4.8% to 7.6% and affect Turkish companies Erdemir, Isdemir, Colakoglu Metalurji and Habas, according to the text of the EU official journal published on Thursday.

The complaint shows that EU steel consumption was 4% lower in 2019 than 2016, while Turkish exporters increased their market share to 8.1% from 2.8%, partly due to EU measures against other steel exporters, such as China and Brazil.

However, while Turkish prices rose overall, they were still consistently less than prices of EU producers, the investigation showed.

Turkey exported some $3 billion of hot-rolled steel to the EU in 2020, according to Ugur Dalbeler, deputy chairman of Turkey's Steel Exporters' Association.

The duties will apply for six months, by which point the investigation should have concluded. The EU will collect these provisional duties if its investigation confirms dumping, it said.

The probe, launched in May, followed a complaint from European steelmakers association Eurofer. There is also a parallel anti-subsidy investigation into the same product from Turkey. It also concludes in July.

Turkish steel products are already subject to an EU quota.

"The steel sector is already not able to work with high profit margins. Now being subject to this duty will push us off course in terms of competition in Europe," Dalbeler told Reuters.

Turkey was the top source of finished steel product imports into the EU in 2018, with a surge of 65% to 6.17 million tonnes from the previous year.

The EU put in place safeguards in 2018 to control incoming steel to protect European manufacturers after Washington's imposition of 25% steel tariffs closed the U.S. market to many exporters.