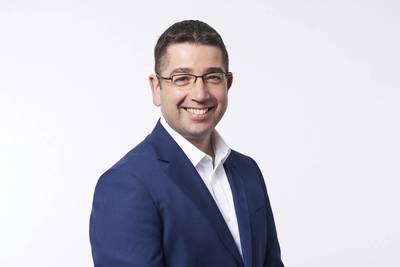 Brown will take up the role on July 1 this year, marking the first time that the IACS Chair has been chosen by the Association’s Members and not by rotation, a move that follows governance changes announced in December last year. As part of those changes, Brown’s term of office will run until December 31, 2023.

“I am honored to have been named Chair of the International Association of Classification Societies,” Brown said. “The association has always been and remains a beacon of safety for maritime through its development of important technical standards and guidelines. The governance arrangements developed over the past years have sent a clear signal to our stakeholders that IACS and its members are committed to ensuring that the classification industry remains an effective force in the maritime sector and I thank the IACS Members for choosing me to oversee the implementation of these important changes.”

As part of the new model, Li Zhiyuan of the China Classification Society was appointed as Chair of the General Policy Group (GPG) for a three-year period starting July 1. Li, who also acted as GPG Chair between 2016 and 2017, and his team will be located in IACS Secretariat in London meaning these highly expert, technical specialists will be closer to the IMO and other industry associations thus facilitating a deeper, wider and more consistent cooperation on the key issues facing the maritime industry.

Brown added, “The current Council Chair, Koichi Fujiwara of ClassNK, has successfully delivered far-reaching change to the governance of IACS while simultaneously ensuring that IACS remained fully responsive to industry needs during the COVID-19 pandemic. I look forward to building on his achievements by ensuring IACS continues to play its role in supporting an industry experiencing times of rapid change and delivering responsive advice to the technical and regulatory challenges posed by decarbonization and digitization.”

Robert Ashdown, IACS Secretary General, congratulated Brown and Li on their appointments, saying, “The unanimous appointment of the Council and GPG Chairs demonstrates the clear commitment of the IACS members to evolving the Association to meet the needs and expectations of industry and regulators. The significant strengthening of the Secretariat combined with the consistency of longer Chairmanship periods means that IACS is now well positioned to engage at pace and in depth as we continue to deliver on our core mission of safer, cleaner shipping.”