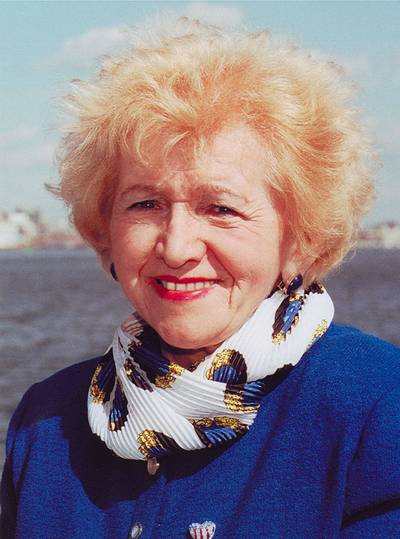 Helen Delich Bentley, a former journalist and a U.S. Republican congresswoman from Maryland who gained global attention by smashing Japanese goods to protest Tokyo's trade policies, died over the weekend at the age of 92, officials said.
Bentley upset a longtime Democratic congressman to win a U.S. House of Representatives seat in 1984, a year in which Ronald Reagan's landslide victory in the presidential race helped bring several new faces from the party to Congress.
The five-term congresswoman was a staunch advocate for the port of Baltimore and the state's maritime industry.
After reports that Japanese company Toshiba had sold technology to the Soviet Union to help their submarines sail more quietly, she led other members of Congress who used a sledgehammer to smash Japanese-made goods on the Capitol steps. The event came as tensions were running high with Tokyo over a widening U.S. trade deficit with the country.
She left Congress to run for governor of Maryland but lost in the party's primary.
"Congresswoman Bentley worked with tenacity, energy, and passion on behalf of her constituents, making her a rare breed in politics and a role model to public servants across Maryland," current Maryland Governor Larry Hogan, a Republican, wrote in a Facebook post.
Bentley was born in 1923 in Nevada and her parents were immigrants from Yugoslavia. After earning a bachelor's degree in journalism, she found a job with the Baltimore Sun, beginning a three-decade long relationship with the newspaper in which she wrote ground-breaking stories on the maritime industry and labor, according to her congressional biography.
She died on Saturday at her home in Timonium, a Baltimore suburb, the Baltimore Sun reported, adding Bentley had been diagnosed with brain cancer.
(Reporting by Jon Herskovitz; Editing by Alexandra Hudson)
• Toshiba • Facebook • Maryland