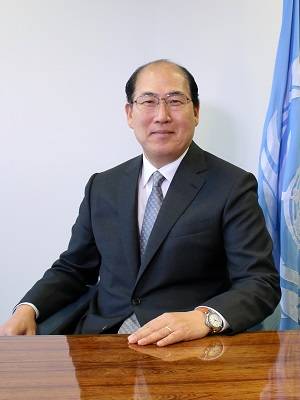 New IMO secretary-general to give keynote speech at trade association Interferry’s 41st annual conference in Manila this October
Korea’s Kitack Lim, whose term as IMO secretary-general began January 1, will address the opening conference session on October 17, following an invitation inspired by 10 years of IMO and Interferry cooperation to improve domestic ferry safety in developing nations. The campaign has recently focused on Southeast Asia, where an estimated 10,000 have died in domestic ferry incidents since the year 2000.
Last year the joint initiative progressed with a special conference in Manila in April - also supported by the International Association of Classification Societies – that presented casualty mitigation guidelines. A follow-up regional seminar was held in Malaysia in October, when the Philippines maritime administration reported that it had developed the recommendations in 11 consultation circulars ranging from crew training to damage stability and was now revising domestic rules.
Interferry says it views this as a potentially crucial step toward enhanced domestic ferry safety far beyond the Philippines and has since started discussions with the IMO technical cooperation division about organising a further regional seminar. The IMO is considering an option for the seminar to take place in Manila back-to-back with the Interferry conference.
In his invitation letter to Lim, Interferry CEO Len Roueche suggested that “your presence in person would help ensure that the countries concerned are made aware of the opportunity to participate in the regional seminar on such an important issue.”
Roueche said, “The secretary-general’s agreement to attend our conference came within two weeks of him taking office, which testifies to one of his stated overarching objectives of reaching out to least developed countries. We look forward to continuing what he acknowledged as the excellent relationship and cooperation that exists between us and the IMO.”
• Interferry • International Association of Classification Societies • Kitack Lim