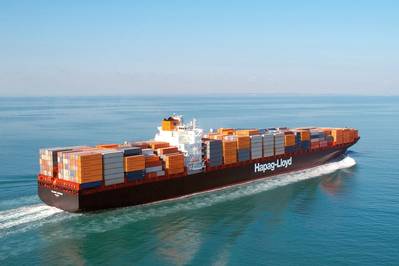 In April 2018 Hapag-Lloyd launched the East Africa Service (EAS), its first dedicated service to East Africa. The weekly service sails from Jeddah to Mombasa, and from there to Dar es Salaam, in Tanzania, and directly back to Jeddah. The service will be expanded in September with a weekly connection to and from Nhava Sheva, Mundra, Khor Fakkan, Jebel Ali, Mombasa and Dar es Salaam. The so called EAS2 will replace the current EAS service and directly link the Arabian Gulf and the West Coast of India with East Africa.

“After only four months in operation, we have significantly expanded our business with overall vessel utilization beyond our expectations,” said Dheeraj Bhatia, Managing Director Africa, Middle East and Indian Subcontinent for Hapag-Lloyd AG. “With our upcoming new EAS2 service we will be able to offer even better connections from and to East Africa. All in all we are experiencing growing client demand which demonstrates the economic potential of Kenya.”

Kenya, in particular, is developing with significantly rising import and export figures as well as massive investments in public infrastructure. The nation's GDP has risen by an average of approximately six percent in the last two years. Kenya primarily exports coffee and tea, but also vegetables, fruits and textiles. Its main imports are vehicles, spare parts, yarns, machines and electronic goods.