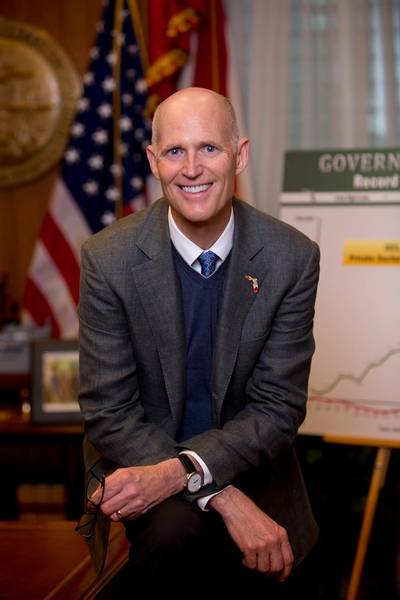 Florida Governor Rick Scott will serve as the keynote speaker on Wednesday, Oct. 16, at the American Association of Port Authority’s (AAPA) 102nd Annual Convention and Expo in Orlando, Fla., hosted by the Canaveral Port Authority. He will discuss the importance of investing in ports and port-related infrastructure during a luncheon presentation at the AAPA convention.

Gov. Scott is a strong proponent for ports, particularly Florida’s 14 deepwater seaports. In his 2013 State of the State address in March, he emphasized the need for strategic infrastructure investments to grow Florida's economy, including recommending $288 million in seaport improvements this year. In June, Gov. Scott signed legislation for two bills that facilitate economic development opportunities by prioritizing Florida’s investment in vital transportation projects, including improvements to the state’s deepwater ports. The legislation positions the Florida Department of Transportation to build an interconnected, efficient transportation system while reducing bureaucracy and streamlining decision making to allow faster project delivery for infrastructure improvements that employ creative financing alternatives, offer transportation choices and develop future transportation corridors.

Also in June, the governor received Florida’s International Achievement Award from the World Trade Center Miami for his outstanding leadership and performance in enhancing two-way trade and tourism. The award is given to executives and corporations that have worked to advance Miami and Florida’s position as the “Trade and Logistics Capital of the Americas.”

“Gov. Scott has been clear about his recognition of the vital importance of seaports and the need to invest in port-related infrastructure,” said Kurt Nagle, AAPA’s president and CEO. “He has committed sizable amounts of state dollars to investments in and connecting to Florida’s seaports to enhance the efficient movement of goods, strengthen the economy and create sustainable jobs. We applaud his leadership and vocal advocacy for improving seaport infrastructure and look forward to his participation at our annual convention in Orlando.”

“We’re delighted to bring Gov. Scott before our industry and laud him as an advocate for Port Canaveral and other Florida seaports,” said Port Canaveral CEO John E. Walsh. “His leadership promoting infrastructure improvements has been critical to sustaining seaports as economic engines for our communities.”

More information about AAPA’s 102nd Annual Convention and Expo, including its business program agenda, exhibitors and sponsors, is available at https://aapa.getregistered.net/home.