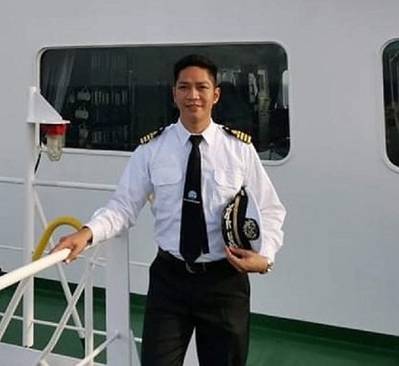 On April 10, Filipino seafarer Liel Gonzales became the first NYK-TDG Maritime Academy (NTMA) graduate to be appointed to the rank of vessel captain since the academy was established in 2007.

Captain Gonzalez graduated from NTMA in 2011 after completing three years of basic education and training followed by one year of practical training on board an NYK training vessel.

After graduating, he joined NYK-FIL Ship Management Inc. and has mainly served aboard NYK Group dry bulk carriers over the past decade.

He had 33 months of onboard experience as a chief officer, and he recently passed an assessment for his appointment and promotion to the rank of captain.