US Energy Exports to China Plummet 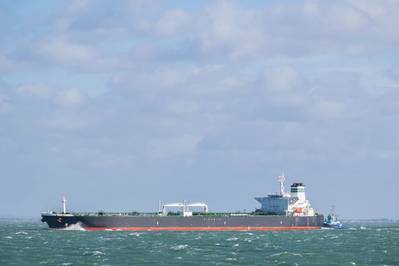 It's probably not the kind of success U.S. President Donald Trump had in mind, but his trade dispute with China has effectively killed off the burgeoning energy trade between the world's two biggest economies.

China's imports of U.S. crude oil, liquefied natural gas (LNG) and coal have slowed to a trickle amid the escalating tit-for-tat tariff war.

Perhaps the irony of the collapse in China's energy imports from the United States was that this was the area most likely to deliver Trump's much-sought lowering of the trade deficit between the pair.

If China had continued to buy increasing volumes of U.S. crude, LNG and coal, this would have been far more effective at lowering the trade deficit than Trump's chosen path of imposing tariffs on $200 billion of imports from China.

Crude oil imports from the United States are expected to have dropped to zero in October, according to vessel-tracking and port data compiled by Refinitiv.

This is despite crude oil not being on the list of $60 billion of imports from the United States that China has now subjected to tariffs.

A single cargo of 1 million barrels of crude is headed to China from the U.S. Gulf coast, and is scheduled to arrive in November, according to the ship-tracking data.

China's imports of U.S. crude peaked in June this year, when almost 14 million barrels, or about 466,000 barrels per day (bpd), arrived.

In the first nine months of this year, China imported about 328,000 bpd from the United States, representing about 3.6 percent of its total crude imports.

Similar to crude, no U.S. cargoes of LNG are scheduled to arrive in China in October, although one vessel from the Sabine Pass LNG facility in Louisiana is slated to arrive in November.

In the first nine months of the year, 31 ships delivered a total of 2.2 million tonnes of LNG from the United States to China, representing about 6 percent of total imports, according to the vessel-tracking data.

Exports to China were about 13 percent of total U.S. shipments of LNG in the first nine months of the year.

As the trade dispute with China escalated, U.S LNG exports appear to have slipped, with the 1.58 million tonnes shipped in September and the 1.57 million tonnes in August being the two weakest months this year behind April's 1.33 million tonnes.

Coal Joins Slump
Turning to coal, it's largely the same story as for crude and LNG, with U.S. exports to China plummeting after growing strongly over the past two years.

No U.S. coal is scheduled to arrive in China this month, although three ships are due in November, with one of the cargoes being petcoke, according to the vessel-tracking data.

U.S. coal exports to China have mainly been higher-quality coking coal used in steel-making, although a number of ships carrying thermal coal used in power stations have been tracked this year.

China imported 3.2 million tonnes of U.S. coal in the first nine months of the year, representing just 1.7 percent of the country's total imports, but a somewhat larger 3.9 percent share of U.S. exports.

In all three energy products, China is a bigger share of U.S. exports than the United States is of Chinese imports.

This suggests that China may well find it easier to source alternative supplies than U.S. producers will find other buyers.

The speed at which U.S. energy exports to China have gone from hero to zero may also be surprising, especially since the tariffs on coal and LNG were only recently imposed, and crude is still tariff-free.

This may make it tempting to think that China will be able to rapidly ramp up imports of U.S. energy should the trade dispute be resolved.

But the risk for U.S. energy exporters is that markets, once lost, are difficult to recover, especially if your customer has readily available alternative sources of supply.

(The opinions expressed here are those of the author, a columnist for Reuters. Editing by Kenneth Maxwell)