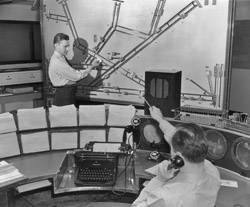 Virtually everyone is, by now, familiar with the concept of electronic navigation, also called eNavigation or eNav.  The problem is that the term means different things to different people.  Historically, it started with radio beacons.  Radar, loran, and GPS have been added over time.  Now we have AIS and electronic charting.  Most mariners view this as an increasingly sophisticated set of tools installed on the ship to improve the ability to avoid collisions, groundings, and related casualties.  That is only part of the story.

The International Maritime Organization (IMO), the International Association of Marine Aids to Navigation and Lighthouse Authorities (IALA), and various flag administrations take a broader view of the role of eNav.  They define eNav as “the harmonized collection, integration, exchange, presentation, and analysis of marine information onboard and ashore by electronic means to enhance berth to berth navigation and related services for safety and security at sea and protection of the marine environment.”  The shoreside aspect greatly increases the complexity of the eNav system.  The goal is not only to make the various eNav tools interoperable on a ship (a task that has largely been accomplished), but to integrate those shipboard systems with counterparts ashore.  It is the design, construction, and operation of those shoreside components, along with the interconnectivity with ships, that lead to the need for an overarching eNav strategy.