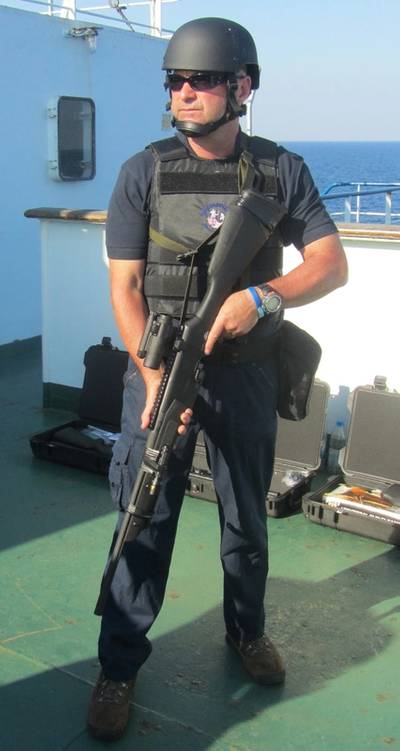 The latest report of a tanker hijack in Southeast Asia has prompted Dryad Maritime to issue an advisory to its shipping clients, on the basis that the crime follows a pattern, which has seen up to six such attacks, over the last nine months.

The Company issued its advisory to maritime clients from its 24/7 Portsmouth, UK-based operations facility, explaining that the [Thai tankship] MT Orapin 4 laden with a fuel oil cargo, departed Singapore on 27th May 2014 and became the subject of a missing vessel alert the next day when attempts by her shipping company to contact her failed.

The vessel had been scheduled to transit to Pontianak, Indonesia on 29th May, but was hijacked by pirates who damaged communications equipment and subsequently siphoned off the vessel’s fuel oil cargo. The vessel arrived at an unplanned destination in Sriracha, Thailand on 1st June with the crew reportedly unharmed.

"We believe that the criminal gang involved either had prior knowledge of the ship’s intended movements or followed her out of the anchorage. Whilst details at this stage are sketchy, there is good reason to believe that the incident may be linked to other similar crimes over this period.”

Dryad’s Senior Analyst, Stephen McKenzie, expressed concern over the under reporting of such crimes, detailing the similarities between a number of other incidents: “We believe that this type of organised crime is far more prevalent than reporting would suggest."

"It is clearly well organised and executed, orchestrated by criminal gangs who are involved in the marine fuel black market across Asia.  Although we don’t yet know the full details of what happened on Orapin 4, it is likely that the vessel has been the victim of one of these gangs. In previous incidents, crew members have reported bunker barges and other small tankers waiting to transfer fuel at predetermined rendezvous sites. The hijackers clearly have knowledge of the operation of radio and satellite communications, along with some proficiency in handling fuel lines other ships’ equipment."

The Company adds that it is currently exhibiting at Posidonia 2014 stand 1.423.