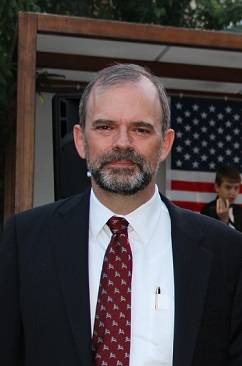 Kenneth J. Fairfax, a career diplomat in the U.S. State Department currently serving as U.S. Ambassador to Kazakhstan, has been designated for the post of Deputy Executive Director of the International Energy Agency. Mr. Fairfax will take up his full duties at the end of September 2013. He will succeed Richard H. Jones, another former U.S. career diplomat who has served as Deputy Executive Director since October 1, 2008.

In a career that spanned over 25 years at the U.S. Department of State, Mr. Fairfax has held economic, management and consular positions in Iraq, Vietnam, Poland, Ukraine, Canada, the Russian Federation, Korea and Oman. He also served as Director of Nuclear Materials Security at the U.S. National Security Council, reporting to the U.S. President on interagency coordination and implementation of policies to reduce the risk of illegal trafficking of nuclear materials and equipment. His experience in the energy field includes promoting U.S. business in the hydrocarbon sector in Kazakhstan, supporting Iraqi leaders in efforts to increase oil production and exports by over 100%, working on the modernization of the energy sector in Ukraine and acting as Science, Technology and Environment Officer at the U.S. Embassy in Moscow.

Mr. Fairfax has a BA in Government with High Honors from Oberlin College. He will be joined in Paris by his wife, Nyetta Yarkin.