Croatia to Speed up Building of LNG Terminal in Adriatic 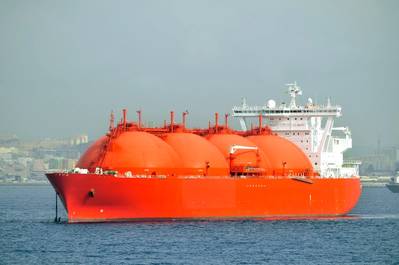 Croatia will pass a special law to speed up the construction of a liquefied natural gas (LNG) terminal in the northern Adriatic, Prime Minister Andrej Plenkovic said on Thursday.
Croatia produces more than half of its gas consumption, some 2.5 billion cubic metres (bcm) a year. Once the LNG terminal is built it hopes to be able to supply both its own market as well as central and eastern European countries.
"Our aim (is) to pass a special law as a key message that it is a strategic project for us. We want to better position Croatia on the European energy map and diversify energy sources," Plenkovic told a cabinet session.
The European Union has decided to put the floating LNG terminal on the island of Krk on its list of projects of common interest since it wants to diversify sources of supply and reduce dependence on Russian gas. Brussels will invest 101.4 million euros, or 28 percent of the project's assessed value.
Croatia aims to bring a final investment decision this year and plans to make the terminal operational in early 2020.
However, some local environmental groups and regional authorities have opposed the proposal for the terminal saying it represents a threat to the ecological balance in the sea.
Croatia's plan is to construct a terminal with an initial capacity of 2.6 bcm of gas a year, which could be gradually expanded to as much as 7.0 bcm a year.