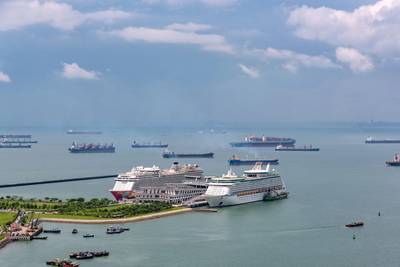 The Wuhan coronavirus outbreak has placed the shipping industry on high alert amid a rising death toll in China and reports that the fast-spreading illness is reaching new shores.

The flu-like coronavirus, first identified in Wuhan, Hubei Province, China on December 31, has killed more than two dozen people in China and is believed to have infected more than 900 worldwide, according to several media reports. Cases have been confirmed in Beijing, Shanghai and Guangdong, and internationally in travelers returning from China to Japan, South Korea, Thailand and the U.S.

In an effort to contain the fast-spreading coronavirus, China has blocked some ships from calling at Wuhan, leading local barge operators to report cargo delays caused by fewer ships entering and leaving the Yangtze River trade hub, the Wall Street Journal reports.

Accoring to the WSJ, large European liners and China’s COSCO Shipping say their Chinese services are unaltered, but brokers say they have observed delays in services between Yokohama, Japan and Wuhan. Some gas carriers were also held back from calling at Wuhan, brokers told the WSJ.

Concerns that the coronavirus could spread farther – curbing travel and oil demand – dragged oil prices down more than 2% on Friday toward $60 a barrel.

China is the world's second-largest oil consumer and top oil importer, currently importing more than 10 million barrels of crude oil per day. Any impact on Chinese oil demand is likely to be significant, not only in volume terms, but also in terms of oil import flows and the ripple effect on tanker market, says ship broker Poten & Partners.

The shipping industry can count on even greater impacts if the coronavirus outbreak worsens.

"If the prevalence of the virus increases, the shipping industry can expect to see the same sorts of issues arising as with prior severe disease outbreaks," Rohan Bray, CEO of Steamship Mutual's Hong Kong Branch, said in an advisory note on the ship insurer's website.

"Apart from the obvious danger to crew members of contracting the illness at a port in an infected area, port authorities may institute reporting and quarantine measures to guard against the spread of the disease from vessels that have previously called at infected ports and in the most severe cases of outbreak ports may be closed altogether," Bray said.

Further precautions and preparations
In Singapore, the Maritime and Port Authority (MPA) says it has begun screening inbound travelers on passenger and commercial vessels for coronavirus symptoms. MPA says travelers and ship crew arriving at at all sea checkpoints, including ferry and cruise terminals, PSA Terminals and Jurong Port, will undergo temperature screening conducted by on-site healthcare assistants, and that those with suspected cases will be referred to the hospitals for further assessment.

Several major cruise lines are performing their own passenger screenings in the wake of the coronavirus outbreak.

Indonesia, like Singapore, has heightened watch at its seaports.

Beth Bradley, a partner with law firm Hill Dickinson, advises that the shipping industry should prepare for potential escalation that would cause delays and other issues that arose in previous severe disease outbreaks, such as with other coronaviruses or Ebola, including crew infections, quarantine measures, port closures and possible repercussions on charterparty obligations.

“While this outbreak is not currently anticipated to cause the global complications experienced by the Ebola and Sars outbreaks, it is wise for ship operators and charterers to be prepared for any greater spread of this virus,” she says.