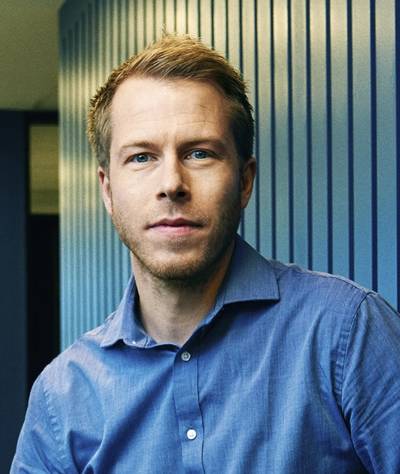 The container shipping segment appears to have caught coronavirus, with the industry suffering its first monthly fall in long-term contracted ocean freight rates since October 2019.

According to the latest XSI Public Indices report from Xeneta, March 2020 saw a small dip of 0.5% in rates after a sustained period of growth. Although these symptoms look mild, the future is characterized by growing uncertainty, with widespread economic disruption and looming global recession likely to impact on demand across all key trading routes.

Oslo-based Xeneta’s XSI provides unique insight into the very latest ocean freight market moves. The indices report delivers real-time intelligence based on crowd-sourced data from leading shippers, utilizing over 160 million data points and covering more than 160,000 port-to-port pairings. The result is an in-depth examination of the state of the container industry.

And that state, according to Xeneta CEO Patrik Berglund, will no doubt cause concern for the segment’s leading players.

“After a welcome period of growth in rates development this is a small, yet significant, step in the wrong direction for carriers,” he notes. “On the face of it the index is still performing well, up 5.8% year-on-year and with a 2.2% rise since the end of 2019, but the coronavirus pandemic is now causing disruption to trade and economic activity on an unprecedented scale. The container industry, operating on the front line of the global economy, is bracing itself to feel the full impact of that.”

Berglund says all key trading routes face challenges, with recovering Chinese factories now confronted by a near complete lockdown across Europe - Maersk and MSC have responded by cancelling their AE1/Shogun North Europe loop, while the 2M alliance has blanked its AE20/Dragon Mediterranean service – and clear signs of recession in the US, where Goldman Sachs is forecasting a 24% decline in US GDP for Q2, and a staggering 3.3 million jobless claims were made mid-March.

“The magnitude of this can’t be overstated,” Berglund continues. “The economic downturn and a widespread drop-off in consumer spending is unlikely to give way to rapid recovery. This creates a hugely challenging environment for carriers, who will need to ensure adequate measures are taken to prevent a sustained drop in rates.

“And of course, the big question now is how long will the pandemic last? With the possibility of secondary outbreaks later in the year, it’s not clear if demand will, or indeed can, quickly recover once a sense of ‘normality’ is resumed. This prolonged period of uncertainty and reduced demand will likely place downward pressure on both spot and contracted rates. As such, we’re entering a period of flux where all stakeholders must access the latest market intelligence to get the best value for their businesses. It’s essential to stay up to speed.”

Despite the worrying economic indicators and disruption throughout March, the news from XSI’s regional reporting is far from universally bleak. In Europe the import benchmark fell away by 1.0%, but the export index climbed by 0.5%. Both figures are up year-on-year, with  consecutive rises of 5.8% and 6.7%. Far East developments were similar, with imports edging up 0.4% (down 11.6% against last year, but up 3.4% since December 2019) while the export benchmark slid back 0.8% (up 6.4% year-on-year).

“Given the current global health emergency, the figures from this month’s XSI were comparatively robust,” Berglund concludes. “In addition, we witnessed a very positive development for carriers with the EU decision to extend the Block Exemption Regulation (BER) until April 2024, which is essential to the industry alliances.

“This just goes to show that nothing is certain in this niche, compounding the need to reject assumptions and stay informed of the latest information. As we all know only too well from this current crisis, the situation can change very rapidly. Everyone in the container shipping value chain has to stay on their toes to get through this challenging period in the best shape possible. The right market data is now, more than ever, business critical.”

Xeneta’s XSI Public Indices is based on crowd-sourced rates data from leading global shippers. Companies participating in the platform include names such as Electrolux, Continental, Unilever, Lenovo, Nestle, L’Oréal, and Thyssenkrupp, amongst others.