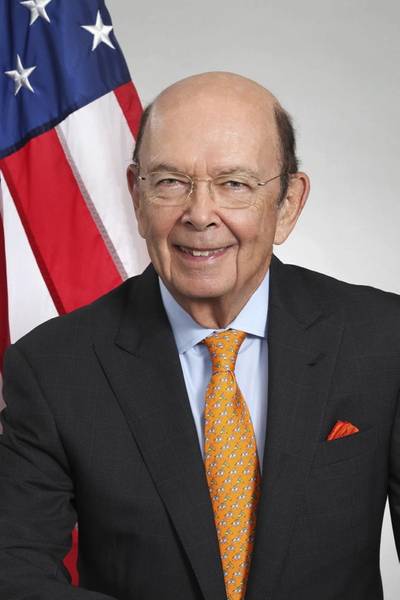 According to a Reuters report, U.S. Commerce Secretary Wilbur Ross has divested his interests in oil tanker company Diamond S Shipping and is in the process of selling off his holdings in another shipping firm, Navigator Holdings, a Trump administration official said earlier this week.

Ross had originally intended to retain his shipping interests following his confirmation in February. But the 79-year-old investor came under criticism after disclosures on Sunday that one of Navigator's major clients is the Russian gas company Sibur, a firm whose owners include members of Russian President Vladimir Putin's inner circle.
Information about the business ties between Navigator, which operates gas-carrying ships, and Sibur was based on leaked documents from offshore law firm Appleby that are part of the so-called Paradise Papers, which show details of business dealings by wealthy people and institutions ranging from Ross to Britain's Queen Elizabeth and trading firm Glencore.
Reuters has not independently verified the documents.
"He began divesting his Navigator interests in May," the administration official said of Ross. "He is nearing completion of that process."
An office of government ethics disclosure filed by Ross on June 20 showed that he sold an interest in Navigator valued at $15,001 to $50,000 on May 30.
The official did not provide an explanation for Ross's divestitures. Ross had owned stakes in the firms through several partnerships.
Diamond S Shipping, based in Greenwich, Connecticut, operates 33 petroleum product tankers and 12 crude oil tankers operated under the flags of Hong Kong, the Marshall Islands and Malta.
Ross told media on Monday that he had nothing to do with London-based Navigator's relationship with Sibur and had never met any of Sibur's owners. These include Putin's son-in-law, Kirill Shamalov, and Gennady Timchenko, a Putin associate who is subject to U.S. Treasury sanctions.
Ross said in multiple media interviews that he had fully disclosed his stake in Navigator Holdings as part of government ethics requirements. (Reporting by David Lawder; Editing by Nick Macfie)
• Glencore • Marshall Islands • Reuters