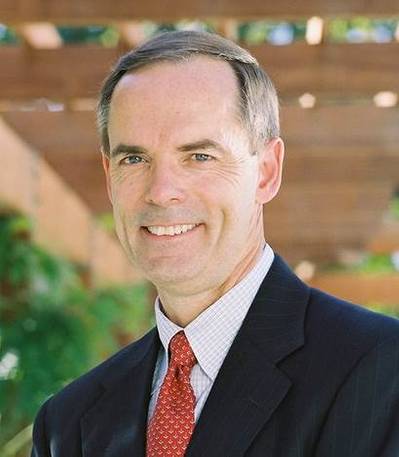 What it may foretell about the coming towing vessel rule.

In the May 2013 issue of Maritime Reporter & Engineering News, Dennis Bryant published a provocative article titled Rebuilding the Presumption of Preemption. Pointing to recent examples of state overreach in the maritime field like California’s ocean-going vessel fuel standard that extends seaward 24 miles (despite the fact that the federal Submerged Lands Act limits the state’s jurisdiction to 3 miles), Captain Bryant called on all three federal government branches to “work toward the rebuilding of the presumption in favor of federal preemption with respect to all matters related to maritime commerce.” Although in its December 27, 2013 preemption rulemaking, the Coast Guard stopped short of declaring a “presumption” of preemption, the agency did declare that:

The Coast Guard has asserted in the past and believes today that consistent standards of universal application and enforcement, coupled with Federal initiatives to meet unique regional concerns, best meet local and national safety and environmental goals with the least disruption to maritime commerce. 78 Fed. Reg. 79,243.

That declaration is followed by a carefully drafted proposed rule setting out a “general restatement” of maritime preemption principles and the agency’s revised “assessment framework” for determining the preemptive effect of its regulations. After noting that several recent judicial decisions signal that more explicit preemption statements are instructive and helpful, the Coast Guard makes it clear that one purpose of this new rule is to “make the Coast Guard’s view of the preemptive impact of certain regulation more obvious.” A second purpose is to “avoid or reduce confusion related to State and local governments’ attempts to regulate in preempted areas.” Close study of the proposed preemption assessment framework rule suggests that the coming final rule establishing the towing vessel inspection program is almost certain to preempt state regulations in the same field.

The Coast Guard’s Proposed Rule on the Preemptive Effect of Coast Guard Regulations
On December 27, 2013, the Coast Guard issued a proposed rule setting out its “assessment framework and organizational restatement regarding preemption for certain regulations issued by the Coast Guard” (78 Fed. Reg. 79,242-52). The proposed rule responds to a May 20, 2009 memorandum by President Obama addressed to the heads of executive departments and agencies. That memorandum imposed both prospective and retroactive obligations. First, it imposed new restrictions on federal agencies regarding any future decision to include preemption provisions in their regulations. More specifically, it directed that any preemption provisions issued by federal agencies must be justified under the legal principles governing preemption, including those outlined in Executive Order 13,132.

The presidential memorandum’s stated purpose was to ensure that preemption of state law by executive departments and agencies is undertaken only with full consideration of the legitimate prerogatives of the states and with a sufficient legal basis for preemption. Second, the memorandum directed all agencies to review any preemption statements they issued before the memorandum was released, to ensure those prior statements comply with the new policy. The Coast Guard’s assessment framework rule is responsive to both directions by the president.

While the 2009 presidential memorandum provided the occasion for the Coast Guard’s December 27th rulemaking, such presidential memoranda cannot alter existing federal law. Thus, the proposed Coast Guard assessment framework rule quite appropriately acknowledges the binding effect of the rules of maritime preemption laid down by the U.S. Supreme Court in two decisions striking down state tanker laws (Ray v. ARCO, decided in 1978, and United States v. Locke, a unanimous 2000 decision). Drawing on those cases and others, along with the statutes enacted by Congress that provide the authority to issue regulations, the proposed preemption rule describes the three forms of preemption articulated by the Supreme Court (express preemption, field preemption and conflict preemption). It then applies an assessment framework derived from those statutes and cases to selected regulations promulgated by the Coast Guard in Titles 33 and 46 of the Code of Federal Register (C.F.R.) before the proposed rule is made final. The drafters made it clear, however, that the list is not intended to be exhaustive. 33 C.F.R. § 1.06-1(b)(1). The proposed rule also sets out the framework the Coast Guard will apply in analyzing the preemptive effect of regulations issued after the proposed rule is made final and provides guidance on how it will conduct case-by-case preemption determinations.

Possible Implications for the Coming Towing Vessel Inspection Final Rule
The Coast Guard’s new preemption assessment framework will also be applied to regulations promulgated by the Coast Guard after the final assessment rule is published. Most readers are no doubt aware that the final Coast Guard rule on towing vessel inspections is long overdue. Many appear to assume that, once promulgated, the final rule will preempt state regulation of towing vessels covered by the rule. Assuming the final towing vessel inspection rule adheres to the assessment framework established by the proposed rule on preemption, that assumption appears well-founded.

A Positive Step, but Full Implementation Will Present a Challenge to Rule Drafters
The proposed preemption framework rule is a positive first step toward compliance with the 2009 presidential memorandum and promises to bring needed clarity and predictability to maritime preemption analysis.  The importance of the rule lies in the deference federal courts give to an agency’s decisions regarding preemption of state laws. Although there is a presumption against preemption when a state exercises its historic police powers, the Supreme Court in the Locke case rejected such a presumption when a state attempts to regulate maritime shipping. It is well established that “federal regulations have no less preemptive effect than federal statutes, and agency regulations may preempt state regulation expressly or by implication.” The Supreme Court has held that agency statements on the question of implicit intent to preempt state regulation are dispositive unless either the agency's position is inconsistent with clearly expressed congressional intent or subsequent developments reveal a change in that position. Similarly, the Court has recognized that the regulating agency may be “uniquely qualified” to determine whether the state law stands as an obstacle to the accomplishment and execution of the full purposes and objectives of Congress. By contrast, the Court has held that agency regulations do not preempt state regulatory authority where the regulations did not specifically express preemptive intent.

The Coast Guard is to be congratulated for this important undertaking. Nevertheless, the “federalism” statements accompanying recently published rules suggest that the goal of greater clarity and predictability will present a challenge to the agency’s rulemaking teams, particularly with the regulations falling within the “conflict” preemption category. Some regulations are fairly straightforward. For example, the Coast Guard’s preemption analysis in the 2012 Ballast Water Discharge final rule (77 Fed. Reg.17,253, March 23, 2012) was simplified by the fact that Congress expressly saved state regulatory power to adopt or enforce control measures for aquatic nuisance species (16 U.S.C. § 4725). The course having been expressly set by Congress, the Coast Guard concluded in its rule that “In light of this provision, the Coast Guard cannot legally preempt State action to regulate discharges of ballast water within State waters” (something many commenters had recommended) (77 Fed. Reg. 17,280).

Similarly, in the proposed rule promulgating Changes to the Inland Navigation Rules the Coast Guard determined that the subject falls within the field preemption category. Accordingly, the agency concluded that “based on the President’s 2009 memo and the preemption principles outlined in EO 13132, the Coast Guard proposes to add the following sentence to 33 CFR 83.01(a): ‘The regulations in this subchapter have preemptive effect over State or local regulation within the same field.’” (77 Fed. Reg. 52,175, at 52,186 Aug. 28, 2012).  A third example of a straightforward preemption analysis can be found in the final rule implementing the Manila Amendments to the STCW Convention (78 Fed. Reg. 77,795, Dec. 24, 2013). Those regulations were also found to be within the field preemption category (78 Fed. Reg. 77,780-81).

The clarity and predictability of the preemption statements in the rules discussed above can be contrasted with the 2013 final rule establishing requirements for Nontank Vessel Response Plans (NTVRPs), 78 Fed. Reg. 60,100, Sept. 30, 2013. That final rule was issued under authority of several statutes, including 33 U.S.C. 1225, 1231 and 1903(b), all of which fall within one of the PWSA or APPS categories of the proposed rule establishing the Coast Guard’s preemption framework. The NTVRP rule was codified in various sections of Title 33 C.F.R., but most prominently 33 C.F.R. part 155 (§§ 155.5010-155.5075). In the “federalism” discussion of the final rule issued in late 2013, the Coast Guard discussed the established preemption principles, but then — without identifying which of the three preemption analyses it was applying — asserted (at 78 Fed. Reg. 60,119) that:

This rule describes the standards to which nontank vessel owners or operators will adhere when preparing and submitting plans for responding to a discharge of oil from their vessels. This rule will not preempt the various State laws on this topic. We drafted this rule to ensure that, to the extent practicable, it is consistent with any applicable State-mandated response plan in effect on August 9, 2004. We contacted the National Conference of State Legislatures to circulate the NPRM to the States for their awareness of the proposal. We conducted a search of State laws addressing NTVRPs and conclude that no State law is preempted by this final rule.

Even those who take a narrow view of federal preemption of state laws would likely agree that the earlier-drafted federalism statement in the Inland Rules proposed rule is clearer and provides better predictability than the later-drafted federalism statement in the NTVRP final rule. By failing to specify which of the three preemption tests it was applying, and referring only to state plans in existence almost a decade before the final rule was published, the final rule provides no guidance on how the agency will analyze state laws after 2004. Those later-promulgated rules might, for example, purport to apply to foreign vessels in innocent or transit passage that are exempt from the federal rule, or attempt to override a federal decision to permit substitute compliance through “alternative planning criteria.”

Fortunately, under the Coast Guard’s new assessment framework, the preemption analysis for the towing vessel inspection rule is more likely to follow the Inland Navigation Rules path of field preemption than the ambiguous NTVRP rule path. A positive statement like the one to be added to 33 C.F.R. § 83.01(a) on the Inland Rules is far more likely to further the Coast Guard’s goal of making the preemptive effect of its regulations “more obvious” than the conclusory and backward-looking assessment in the 2011 towing vessel inspection rule draft, which merely concludes that preemption “is not an issue.”
Interested readers may submit comments on the preemption framework proposed rule to the Coast Guard until March 27, 2014. Instructions for submitting comments are included in the Federal Register notice.

Craig H. Allen is an Adjunct Professor of Marine & Environmental Affairs at the University of Washington Law School. During his 20 year Coast Guard career he served on four patrol cutters and in maritime safety, security and stewardship roles. He first earned his oceangoing master’s license (1600 tons) in 1988 and served on the U.S. Navigation Safety Advisory Council from 2006-2011. Professor Allen’s teaching and research interests include maritime and international law, national and homeland security law, and Arctic law and policy.