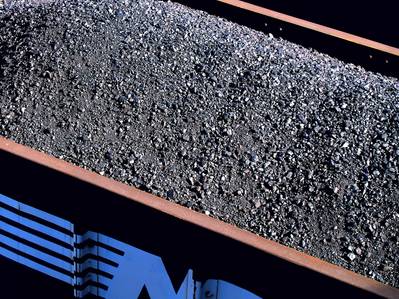 Coal will remain India's main energy source for the next three decades although its share will gradually fall as the country pushes renewable power generation, according to a government report seen by Reuters.
The country is the world's third-largest coal producer and the third-biggest greenhouse gas emitter. It depends on coal for about three-fifths of its energy needs and aims to double its output to 1.5 billion tonnes by 2020.
By 2047, however, coal's share of India's energy mix would shrink to 42-48 percent, from about 58 percent in 2015, the report, which has yet to be made public, showed.
"India would like to use its abundant coal reserves as it provides a cheap source of energy and ensures energy security as well," the report said.
It was written by Indian think tank NITI Aayog, which advises the government on policy issues and is chaired by Prime Minister Narendra Modi, and the Institute for Energy Economics Japan (IEEJ).
India is also the world's second-largest coal importer and environmentalists worry that despite its commitment to renewable energy, the country's rising use of coal at a time when many Western nations are rejecting the dirty fossil fuel will hamper the global fight against climate change.
India aims to cut thermal coal imports to zero by the end of this fiscal year and use its abundant domestic stockpiles to address its electricity needs. However, it will have to start importing again after its coal production peaks in 2037, according to the report.
Imports could rise to as much as 62 percent by 2047 from over 25 percent now if the country doesn't make its coal mining more efficient, the report said.
India aims to generate 175 gigawatts of electricity through renewables by 2022 and boost natural gas to 15 percent of its energy needs, from 6.5 percent currently, as it plans to use cleaner fuels for power plants and transport.
NITI Aayog estimates renewables will account for 10-17 percent of India's energy demand in 2047, up from about 4 percent now, while the share of natural gas could be limited to 8-10 percent.
The country imports nearly three quarters of its energy requirements, but Prime Minister Narendra Modi has set a target of cutting that to two thirds by 2022 and to half by 2030.
Oil provides about 28 percent of India's energy and the report said that would largely continue to be met through imports.
India is the world's third-biggest oil and gas consumer and the report forecasts its oil imports could rise from over 75 percent currently to as much as 90 percent by 2047.