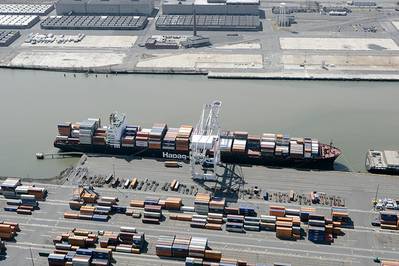 In 2011, the PANYNJ  became the only port agency in the country to impose a cargo facility charge on all containers, including empties.  The fee charged is $4.95 for 20-foot containers, $9.90 for 40-containers, and $1.11 per unit for vehicle cargo. The fee is costing Maersk Line alone $3.5 million on an annual basis.

"This legislation goes a long way in ensuring that the Port of New York & New Jersey remains competitive with ports across the country," said Doug Morgante, Maersk Line’s Director of State Government Relations, "We are grateful that Governor Christie recognized how critical removing this onerous fee is to the vitality of the maritime industry."