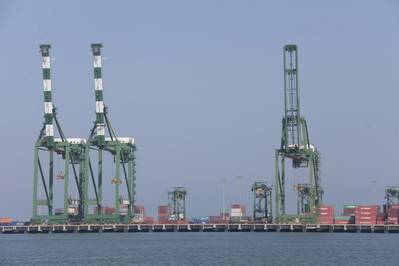 Customs officials at Chennai, one of India’s biggest ports, have held shipments originating from China for extra checks, sources aware of the delays told Reuters, amid a backlash against China over a border clash in which 20 Indian soldiers died.

The increased scrutiny on shipments from China at Chennai Port, which handles various cargo including automobiles, auto components, fertilizers and petroleum products, could disrupt supply chains.

While there is no official order from the government yet, customs officers there have told importers to not allow goods coming from China to leave the port without being inspected, three sources said.

Shipments are typically only subjected to random checks and not mandatory screening.

An official at India’s finance ministry, which oversees the customs department, declined to comment. And it was not immediately clear at which other ports in the country shipments were being held.

A consignment of auto parts being shipped by U.S. automaker Ford Motor Co’s from China to a plant in India has been held at Chennai port for further checks, one of the sources said.

A Ford India spokesman said a consignment of parts required for manufacturing and export of products is on hold in Chennai.

“We are working with the authorities and supporting them with necessary documents and details requested by them,” the spokesman told Reuters.

Pharmaceutical consignments are also stuck at Chennai and other ports and at an airport, and drug companies have been told their shipments will be released after rigorous scrutiny of each container, down to every drum, according to a senior industry executive.

“This testing process would take at least a week to complete and will cause disruption,” the executive said.

The Chennai Customs Brokers’ Association, a trade body for logistics companies, told its members on Tuesday to expect some delays as it had received an internal instruction from the customs department to hold all consignments which have originated from China.

“An official trade notice/circular (is) still awaited from customs,” the association said in its notice.