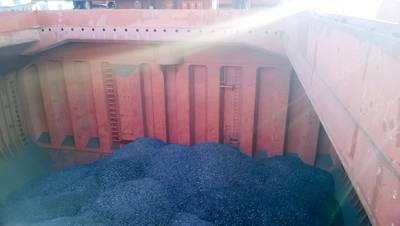 Chinese customs is no longer permitting coal cargoes to enter the country at the ports of Jingtang and Caofeidian, said three coal traders, who were told by customs officials of the halt on Tuesday.

Customs officials at the port of Jingtang, one of China's biggest coking coal import points, and the neighbouring port of Caofeidian said they would halt customs declearation services from July 16 until further notice, the traders said on Wednesday.

No reason was given for the service halt at the ports, which are located on the Bohai Bay coast of China's Hebei province, the traders said.

An official with the general business department of the customs bureau at Jingtang, which operates under the customs office of the city of Shijiazhuang, the capital of Hebei province, confirmed there was a halt in customs declarations at the port.

"We cannot handle declaration business for imported goods at this moment because we don't have a tax account," said the official, who declined to be named as he is not authorised to talk to the media.

The tax account is used to collect customs fees for the declaration of cargoes. The Jingtang customs official said that the bureau could not use its tax account as of Tuesday.

The customs office at Caofeidian port could not be reached for comment. The Chinese central governmment's General Administration of Customs did not respond to a request for a comment.

An official at the Shijiazhuang customs office said that the General Administration of Customs has not issued any notice to local customs bureaus to halt coal imports.

Coal arrivals in December fell 47% from a year earlier, keeping the total level of coal imports in calendar 2018 roughly level with 2017 shipments.

In the first half of this year, China imported 154.49 million tonnes of coal, up 5.8% from a year earlier, customs data showed.

China does not break down coal imports by port, but consultants Fenwei Energy Information said 6.62 million tonnes of coking coal were imported in the first six months of 2019 through port, up 40% from a year ago.