China's Tariffs on US Oil Would Disrupt $1 Bln Monthly Business 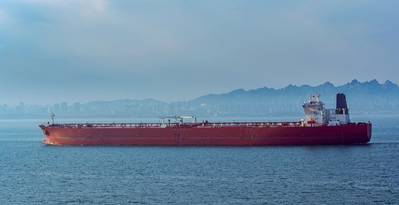 China's threat to impose duties on U.S. oil imports will hit a business that has soared in the last two years, and which is now worth almost $1 billion per month.

In an escalating spat over the United States' trade deficit with most of its major trading partners, including China, U.S. President Donald Trump said last week he was pushing ahead with hefty tariffs on $50 billion of Chinese imports, starting on July 6.

China said Friday it would retaliate by slapping duties on several American commodities, including oil.

Investors expect the spat to come at the expense of U.S. oil firms, pulling down the share prices of ExxonMobil and Chevron by 1 to 2 percent since Friday, while U.S. crude oil prices fell by around 5 percent.

"This escalation of the trade war is dangerous for oil prices," said Stephen Innes, head of trading for Asia/Pacific at futures brokerage OANDA in Singapore.

The dispute between the United States and China comes at a pivotal time for oil markets.

Following a year and a half of voluntary supply cuts led by the Middle East-dominated Organization of the Petroleum Exporting Countries (OPEC), as well as the non-OPEC producer Russia, oil markets have tightened, pushing up prices.

The potential drop-off in American oil exports to China would benefit other producers, especially from OPEC and Russia.

The OPEC kingpin Saudi Arabia and Russia indicated on Friday they would loosen their supply restraint and were starting to raise exports.

A cut in Chinese purchases of U.S. oil may also benefit Iran's sales, which Washington is trying to curb with new sanctions it announced in May.

"The Chinese may just replace some of the American oil with Iranian crude," said John Driscoll, director of consultancy JTD Energy Services.

"China isn't intimidated by the threat of U.S. sanctions. They haven't been in the past. So in this diplomatic spat they might just replace U.S. crude with Iranian oil. That would obviously infuriate Trump," he said.

Booming Business
China's aggressive riposte to Trump took some in the industry by surprise.

U.S. crude exports to China have been rising sharply, thanks to a production surge in the past three years that was a welcome alternative to make up for the cut in supplies from OPEC and Russia.

"We're caught by surprise that crude oil is on the list," said an official with a Chinese state oil major, asking not to be named as he was not authorized to speak to media.

"We were actually preparing to raise imports according to an earlier government line," he added, referring to a Beijing policy enacted earlier this year to help reduce the U.S. trade deficit with China.

U.S. oil exports, which have been surging thanks to a sharp increase in production in the past three years, were seen as a viable alternative to make up for the cut in supplies from OPEC and Russia.

Shipping data in Thomson Reuters Eikon shows that U.S. crude oil shipments to China have soared in value recently, jumping from just $100 million per month in early 2017 to almost $1 billion per month currently.

The threatened tariff would make U.S. oil more expensive versus supplies from other regions, including the Middle East and Russia, and likely disrupt a business that has soared recently.

"With Trump's politics, we're in a world of re-aligning alliances. China will not just swallow U.S. tariffs," said Driscoll.

"This is tit-for-tat petroleum diplomacy," he added. "The OPEC/non-OPEC cartel is the big beneficiary of all this oil diplomacy, as it will squeeze global spare oil capacity and likely push up crude prices."