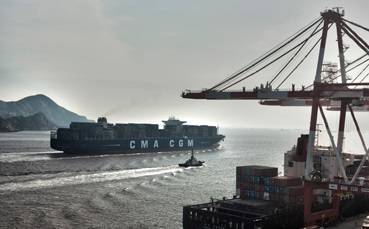 Today, the Ministry of Commerce (MOFCOM) in China announced that they have not given their approval to the P3 Network.

On March 24, 2014, the U.S. Federal Maritime Commission (FMC) decided to allow the P3 Network agreement to become effective in the U.S., and on June 3, 2014, the European Commission informed the P3 partners that it had decided not to open an antitrust investigation into P3 and had closed its file.

MOFCOM’s decision follows a review under China's merger control rules and is different from the positions of the FMC and the European Commission.

The P3 partners said they take note of and respect MOFCOM’s decision.

Based on the decision of the MOFCOM, Maersk Line, MSC and CMA CGM have agreed to end P3 implementation.

Vincent Clerc, Chief Trade and Marketing Officer, Maersk Line, said, “In Maersk Line we have worked hard to address the Chinese questions and concerns. So of course it is a disappointment. P3 would have provided Maersk Line with a more efficient network and our customers with a better product.”

Maersk Group CEO Nils S. Andersen added, “The decision does come as a surprise to us, of course, as the partners have worked hard to address all the regulators’ concerns. The P3 alliance would have enabled Maersk Line to make further reductions in cost and CO2 emissions and not least improve its services to its customers with a more efficient vessel network. Nevertheless, I’m quite confident Maersk Line will accomplish those improvements anyway. It has delivered on those improvements over the last five quarters in the absence of P3 and I’m confident it will continue to do so.”

P3 was intended to be an operational, not a commercial, cooperation.