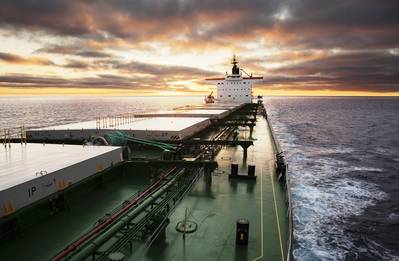 Chinese importers expecting cargoes of U.S. commodities from beef to propane said they hope to sell the goods to South Korea or Japan after Beijing's decision to slap extra tariffs on a swathe of items from agricultural products to chemicals.
Beijing on Wednesday hit back against the Trump administration's plans to impose tariffs on $50 billion in Chinese goods, retaliating with a list of similar duties on key U.S. imports including soybeans, planes, cars, whiskey and chemicals. The speed of China's move stunned financial markets.
Traders of soybeans, of which China is the largest importer, said they were bracing for mass cancellations of purchases, even though the United States is the country's second-largest supplier.
Buyers of propane used for making ethylene and propylene are looking to swap U.S. shipments for Middle Eastern barrels with buyers in South Korea and Japan.
"Even though we are committed to U.S. supplies, we could swap them for Middle East cargoes with Korean or Japanese buyers by paying them $10 per tonne extra freight cost," said a manager with an east China-based chemical plant that buys U.S. propane, and who gave only his surname, Zhong.
China bought 3.56 million tonnes of U.S. propane last year worth some $2 billion, or 19 percent of its total imports of the product.
The 25-percent additional tariffs will likely hit U.S.-based exporters such as Enterprise Product Partners and Phillips 66, and give a boost to rivals in the Middle East like Qatar and Saudi Arabia.
"The market will be thrown into some initial chaos and the freight market will also be affected. Diversions and swaps mean the demand for tankers will be lower, as U.S. voyages are shorter to northeast Asia and also shorter from the Middle East to China," said a senior dealer with Jovo Energy.
The tariffs on beef were not expected to have much impact on the Chinese market, which had only resumed imports from the U.S. last year after a 14-year hiatus.
China bought just 2,200 tonnes of U.S. beef in 2017, worth $14.7 million, according to Chinese customs, less than 1 percent of total imports.

But the move could increase supplies of coveted high-end items like short ribs to other Asian countries like Japan and South Korea, pressuring prices currently at record levels, said one expert who declined to be named.