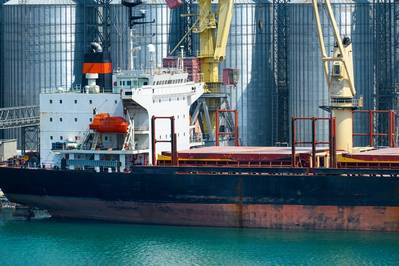 U.N. Secretary-General Antonio Guterres urged Russia and Ukraine on Thursday to show a "spirit of compromise" to ensure the continued success of a U.N. brokered deal that enabled Ukraine to resume grain exports from its Black Sea ports.

Guterres said after talks in the western Ukrainian city of Lviv that 21 ships had departed from Ukrainian ports under the deal in less than a month, and 15 vessels had left Istanbul for Ukraine to load up with grain and other food supplies.

"Since the Russian invasion of Ukraine, I have been clear: There is no solution to the global food crisis without ensuring full global access to Ukraine’s food products and Russian food and fertilizers," he told reporters in Lviv.

"But it is only the beginning. I urge all parties to ensure continued success."

He said the signatories to the agreement had worked professionally and in good faith to keep the food flowing.

"I appeal for this to continue and for them to overcome all obstacles in a spirit of compromise and permanently settle all difficulties," he said, adding that initiatives in conflict situations are "inherently fragile" and must be constantly nurtured.

Under the July 22 framework deal brokered by Turkey and the United Nations, Ukraine was able in early August to resume exports from its Black Sea ports, which had been stalled for five months because of Russia's Feb. 24 invasion.

"Meanwhile – and critically – we have seen signs that global food markets are beginning to stabilize," Guterres said. "But let’s have no illusions – there is a long way to go before this will be translated into the daily life of people at their local bakery and in their markets."

"Getting food and fertilizer out of Ukraine and Russia in larger quantities is crucial to further calm commodity markets and lower prices," he said.