Canada to Impose Tariffs on US, Challenge at WTO 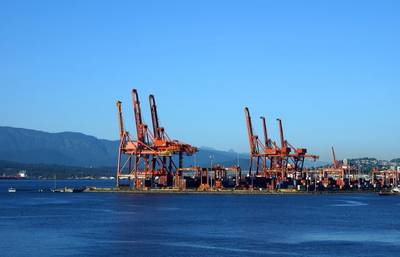 The Canadian tariffs are set to go into effect on July 1, 2018, and stay in place until the U.S. lifts its own measures, Freeland said, hours after the United States said it would impose tariffs on aluminum and steel imports from Canada, Mexico and the European Union.

"The American administration has made a decision today that we deplore, and obviously is going to lead to retaliatory measures, as it must," said Prime Minister Justin Trudeau. "We regret that. We would much rather move together in partnership."

The Canadian government released two lists of U.S. products, proposing a 25 percent tariff on the first list and 10 percent on the second. Freeland said a 15-day consultation period would give Canadians a chance to comment on the tariffs and the products covered.

The list included steel and aluminum in various forms, but also a number of food products, including orange juice and maple syrup, whiskey, toilet paper and a wide variety of other products.

Freeland said Canada would challenge the U.S. tariffs under both NAFTA's Chapter 20 and the WTO's dispute settlement process, and work with other WTO members.

Trudeau also discussed NAFTA talks, saying Canada, the United States and Mexico had come so close to a deal that he had offered to meet personally with President Donald Trump in Washington to work out the final details.

Trudeau said Vice President Mike Pence told him on Tuesday that as a pre-condition for that meeting, Trudeau would have to agree to a 5-year sunset clause. He refused, and there was no meeting.

A sunset clause would allow one of the three NAFTA members to quit the pact after five years.

"There was the broad lines of a decent win-win-win deal on the table, that I thought required that final deal-making moment," said Trudeau.