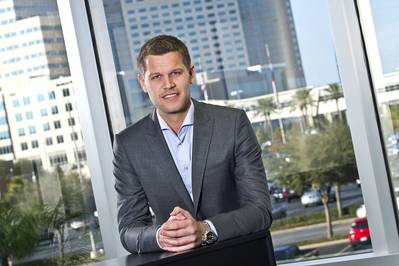 Dan-Bunkering continues to expand, opening two additional offices in Chile and Uruguay under the auspices of Dan-Bunkering (America) Inc. and the existing Dan-Bunkering office in Houston.

On 1st January 2015, Dan-Bunkering established an office in Valparaiso, Chile. Heading the eight-member Valparaiso office is General Manager Pedro Gomez.  A few days later, a physical supply operation was opened in Montevideo, Uruguay, giving Dan-Bunkering a presence on both coasts of South America.

“These two new offices will increase our strength and competitiveness in the region and we look forward to improving our market shares in the South American Region,” said Managing Director of Dan-Bunkering (America) Inc. Hans Lind Dollerup in a statement. “Being present in the region will ensure that our clients will continue to receive the renowned Dan-Bunkering service - now from a local team.”

"It has for many years been a part of our strategy to be present in three major time zones and we have been so for a number of years albeit very limited in the Americas," said Group CEO Henrik Zederkof “When the opportunity arose to carry out such extensive expansions in that particular region, we took it."