The Broadband of Competitive Advantage 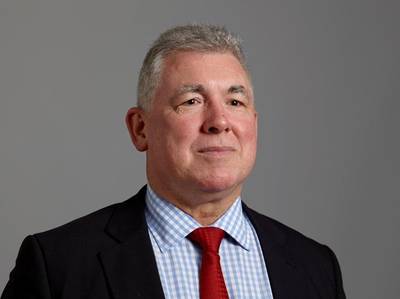 Inmarsat Maritime President Frank Coles said the efficiency gains of the “Maritime Industrial Internet” are at hand, if only shipowners can grasp the potential for competitive advantage.

The first satellite in the Global Xpress fleet will complete all of its testing by July of this year, with the second and third satellites on schedule to be launched by the close of 2014. The Global Xpress Maritime service is expected to become globally available from the end of the first quarter of 2015. This will be the first worldwide commercial Ka-band mobile satellite system and will deliver ship-to-shore high-performance download speeds of up to 50Mbps.

Global Xpress will arrive at a time of unprecedented expectations for ship-to-shore connectivity. Driven by both commercial and regulatory pressures, data exchanges now routinely involve chart data, routing, engine rpm and fuel selection, while crew connectivity is a welfare issue identified within the Maritime Labour Convention.

“Ashore, we take connectivity completely for granted, with 12 billion objects connected to the internet today and an estimated 50 billion to be connected by 2020,” said Coles. “The performance and flexibility we get at home or the office will be available via Global Xpress. This will demand a change in mind-set for shipowners, who tend to fight every communications penny without considering the value to be gained.”

Coles characterizes the majority in shipping as “Internet immigrants” to highlight a constituency part-way through its working lives when the internet revolution happened. Perhaps, he said, only “Internet natives” are fully equipped to accept the potential that communications technology holds to transform ship operations and management.

“Today, communications represent less than one per cent of operating expenditure for the shipowner,” he said. “The average merchant ship in our portfolio spends $50 a day on communications ship-to-shore.

“A study by ESRG (Engineering Software Reliability Group) has suggested that overall optimized efficient operations could save $1 million per ship per year,” said Coles. “That is the context in which shipowners should consider that spending $50 more per day per ship will deliver 10 times more data 10 times faster.”

A ‘Maritime Industrial Internet’ could harvest data generated by the sensors that are already widely installed on ships in a holistic way, said Coles. Investing in communications would unleash the power of advanced analytics, so that data can be integrated, validated and analyzed.

As the regulatory burden mounts, he said those not persuaded may simply end up paying for a smart ship whose ‘smartness’ is determined by regulators.

He does not necessarily blame the average shipowner for being cautious. “There are over 100 VSAT services out there spinning a story or trying to get into the market. But sellers sell first and back end costs can lack transparency,” he said.

Global Xpress will offer each ship its own CISCO server linked to cloud computing capability. The costs of the satellite operator and the enabling distributor will be transparently billable, said Coles.

“As a satellite operator first, we are in a unique position, not only because we will offer the enabling platform to deliver broadband connectivity ship-to-shore; our service will deliver committed information rates, rather than simply marketing maximum information rates.”