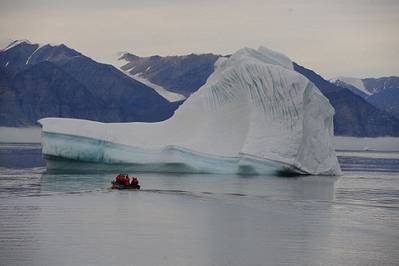 Congressmen Jim Sensenbrenner (R-Wis.) and Rick Larsen (D-Wash.) introduced a bill to amend the State Department Basic Authorities Act of 1956 to establish a United States Ambassador at Large for Arctic Affairs. Currently, 20 government agencies are handling Arctic policy.  Under this legislation, an Ambassador would be charged with all coordination and serve as Chair of the Arctic Council when the U.S. assumes Chairmanship of the Arctic Council from 2015-2017.

Congressman Sensenbrenner said, “We need someone with ambassadorial rank to show that the U.S. is serious about being an Arctic nation. As Russia continues to act aggressively, including making claims in the Arctic, and as China states its own interest, the U.S. must coordinate its Arctic policy and protect its domestic energy supply at the highest level.”

Congressman Larsen added, “The Arctic is fast becoming the 21st century version of the Northwest Passage. An ambassador-level position takes an important step to coordinate U.S. commercial, environmental and security interests in the region. The position also signals our country’s commitment to international cooperation on Arctic policy.”