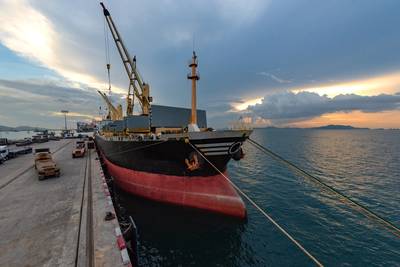 The Baltic Exchange's main sea freight index fell to its lowest level since early April last year on Tuesday, weighed down by weaker demand for vessels across all segments.

The Baltic index, which tracks rates for capesize, panamax and supramax vessels ferrying dry bulk commodities, fell 40 points, or 5.5%, to 689 - its lowest since April 3, 2019.

The capesize index registered its 28th straight session of losses, and is at its lowest level in nine months.

BHP Group,, the world's biggest miner, maintained its 2020 iron ore and thermal coal output forecasts on Tuesday, despite production of coal being hit by the Australian bushfires.