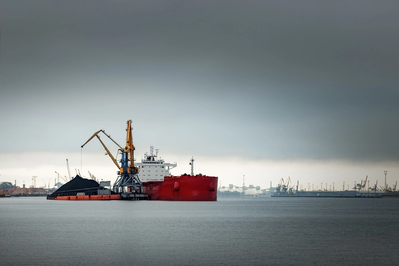 The Baltic Exchange's main sea freight index climbed 2.6 percent on Wednesday to mark a three-week high, boosted by an increase in activity across vessel segments.
The overall index, which factors in rates for capesize, panamax, supramax and handysize shipping vessels, rose 29 points, or 2.6 percent, to finish at 1,146 points, its highest since Jan. 31.
"Sentiment in the dry bulk market is firming up after a return of activity in the Pacific," said analysts at shipbroker Clarksons Platou Securities.
The capesize index gained 39 points, or 2.32 percent, to close at 1,717 points.
Average daily earnings for capesizes, which typically transport 150,000-tonne cargoes such as iron ore and coal, rose $460 to $13,401.
The panamax index increased 55 points, or 4.13 percent, to end at 1,388 points.
The index was up for the sixth consecutive session and marked its biggest one-day percentage gain since early December.
Average daily earnings for panamaxes, which usually carry coal or grain cargoes of about 60,000 to 70,000 tonnes, increased $434 to $11,132.
Among smaller vessels, the supramax index rose nine points to end at 856 points, while the handysize index gained three points to close at 522 points.
(Reporting by Vijaykumar Vedala in Bengaluru; Editing by Savio D'Souza)
• Clarksons Platou Securities