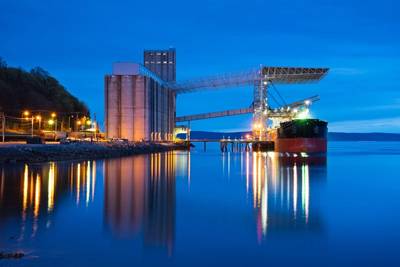 The overall index, which factors in rates for capesize, panamax and supramax shipping vessels, was down 34 points, or 2.7 percent, at 1,239 points.

"Capesize rates have continued to soften over the last week to about $14,800 per day, partially reflecting an increase in the number of vessels ballasting to Brazil," analysts at ship broker Clarksons Platou Securities said.

(Reporting by Harshith Aranya in Bengaluru; Editing by Sriraj Kalluvila)