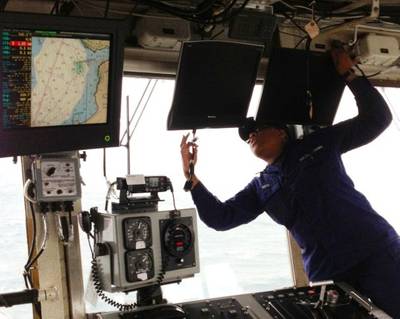 With 3.4 million square nautical miles of U.S. waters to survey and chart, Coast Survey is up against some big challenges in keeping nautical charts current, consequently NOAA joins hands with the US Coast Guard to provide the best possible safety service to shipping.

With the Alaskan coast comprising 57% of the U.S. navigationally significant waters, a multi-agency partnership for hydro survey data is necessary for maritime safety.

This year’s successful Spar survey is an important step and NOAA says it looks forward to continuing this work with their Coast Guard partners, adding that it hopes to expand the IOCM concept to other vessels that have survey capability in the Arctic.